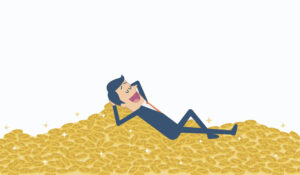 Trials like, treasure hunts, need to be pursued with the utmost care. One anecdote particularly reminds me of the challenges of trial work: the story of Forrest Fenn’s treasure.

Forrest Fenn, an art dealer, former Vietnam fighter pilot, and self-taught archaeologist was diagnosed with cancer in 1988. He proceeded to fill a chest with emeralds, rubies, gold coins, and diamonds he had collected during his explorations of the American Southwest prior to his diagnosis. He intended to drag it into the Rocky Mountains and die beside it. In a twist of fate, Fenn survived the cancer and, sometime around 2010, he buried the chest in the Rockies and offered clues to its location in a cryptic 24-line poem he included in his autobiographical, self-published memoir, The Thrill of the Hunt. Since then, thousands have gone searching for the treasure, and four have perished in their pursuit.

Treasure hunting and trials have many parallels. Success at trial and finding Fenn’s treasure both require dedication, effort, and will. Reasonable opinions may vary when determining which experience is more intimidating: traversing the expanses of the Rockies looking for a small box or marching into a federal court on the first day of a multiple-week trial. But there would likely be a consensus that both require grit and determination.

Both trial work and finding Fenn’s treasure also require interpreting cryptic texts. Fenn left a 24-line poem, attorneys got the Federal Rules of Civil Procedure and a web of federal and state statutes. Of course, a misstep in pursuit of the treasure could cost you your life. To my knowledge, no one has died from putting a foot wrong with the FRCP. That said, you may wish you were dead if you ever have a judge chastise you for a rule-related flub.

Like treasure hunting, litigation is local. Venue matters and so does knowing the local rules. Having appeared before a certain judge previously can be a great advantage for a litigator. Knowing how and when to utilize local procedure and insights into the personality of a jurist is knowledge that takes a career to develop. Thankfully, I am fortunate enough to work with seasoned litigators who impart their wisdom and experience on a daily basis. Their presence and insight make deciphering the matrix of litigation within which we wrestle every day a more navigable journey. Another part of my good fortune lies in the team that surrounds me. As has been noted by wiser minds than mine, litigation is a team sport. Our firm has procedures in place to deal with the most complex of issues, and those processes makes the marathon of intellect that litigation demands more feasible and, quite frankly, fun. Surely, if the individuals seeking Fenn’s treasure teamed-up their efforts, the chest would have been discovered by now. After all, humans have landed themselves on the moon. Finding a piece of luggage in a mountain range is a comparatively small feat.

This spring promises to be a busy one for the firm, with several matters on the verge of trial. The right mix of experience, grit, determination, effort, and will shall carry us to the proverbial box of Fenn’s gold and gems. Of course, there is no penultimate promised land in a career of law, and the whole thing is an exercise in a daily pursuit of betterment and enjoying the process. But that’s a topic for another day. 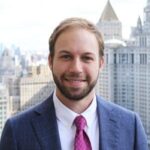 Timothy M. Lupinek is an attorney at Balestriere Fariello who represents companies and individuals in state, appellate, and administrative courts of Maryland. He focuses his practice on complex commercial litigation with thousands of hours of civil, criminal, and regulatory trial experience. You can reach Timothy at timothy.m.lupinek @balestrierefariello.com.