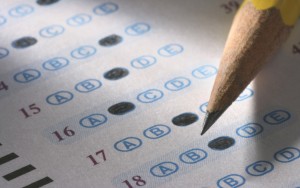 While Utah is on track to become the first state to shift to “diploma privilege plus” because of the logistical hurdles presented by the COVID-19 crisis with other jurisdictions openly considering following their lead, it was inevitable that we’d hear from the NCBE — the folks with the biggest vested interest in maintaining the bar exam. The organization that’s dominated the bar exam game since the 1930s released a report last week entitled “Bar Admissions During the COVID-19 Pandemic: Evaluating Options for the Class of 2020,” and surprising no one, they take a dim view of alternative licensing paths.

After offering the requisite lip-service to the plight of students who will enter the workforce without having an opportunity to take an exam and then be forced to leave their jobs  to prepare for a future test — which could be long off due to space restrictions — the NCBE proceeds to violently attack a bundle of straw they’ve heaped together.

Why, they muse, some diploma privilege proposals are silent on character and fitness review! Probably because these proposals all assume that existing character and fitness procedures remain unchanged… and have nothing to do with the NCBE anyway. How can attorneys move to a new state without the UBE!? Attorneys managed to survive without the UBE for the first couple centuries of American legal practice, so they’d probably find a way to survive afterward.

As those charged with the important responsibility of regulating the legal profession understand, public protection remains a priority even in this time of crisis. Diploma privilege in effect removes the public protection function vested in the courts and places it with the law schools, but with no independent, vetted, objective, or consistent final check on whether graduates are in fact competent to provide legal services. The public, and certainly legal employers, rely on passage of the bar examination as a reliable indicator of whether graduates are ready to begin practice.

No, it doesn’t. It removes the subject-matter competency function of the NCBE and local bar examiners and places it with the law schools. The courts would still evaluate character and fitness and, in many models of diploma privilege, the outcome of the applicant’s supervised practice period as part of executing the public protection function. And while subject matter competency plays an important role in public protection, the bar exam has always been a clunky way of ensuring it. Corporate lawyers cramming Family Law minutiae into their heads for a summer and promptly dumping it? Trusts & Estates lawyers showing their mastery of search and seizure caselaw? Law schools may fail to turn out “practice-ready” attorneys — because it’s impossible to do through subject matter instruction alone — but the bar exam does no better on that score.

In a thrilling victory for the power of tautology, the NCBE contends that the ABA’s accreditation process could never successfully replace the bar exam because the ABA wouldn’t be able to use bar exam results to make accreditation decisions. Of course!

Admittedly, law school accreditation would have to markedly change if the bar exam were replaced in the long-term. Coincidentally, this is what Wisconsin has already done — setting high, core competency standards for UW and Marquette and then allowing graduates diploma privilege admission. In fact, one could plausibly argue that the reason we have diploma mill schools out there ripping off students is because regulators have largely abandoned (or at least been sidelined) rigorous law school accreditation because they shrug and say, “we’ll let the bar exam sort it out” after students are $100K+ in debt. But for the bar exam’s insistence that it’s better than law school at creating lawyers, we’d have a better law school regime.

While this is not the place to respond to the unfounded and unsubstantiated criticisms that some commentators are directing at the bar exam….

I feel seen. Not to give the NCBE a little practice tip, but when you throw in adjectives like that it only risks flagging that you think the coming argument is too weak to stand on its merits. There’s a time and a place for adjectives and adverbs in adding flair, but when they just sit like puds — redundant ones at that — they’re better skipped.

In this case, they were unconsciously correct — the argument was weak. And more than a little racist and sexist.

Yes, academic achievement differentials have a great deal to do with disparities further up the pipeline. Throwing students under the bus in first grade compounds it and it’s difficult if not impossible for students to catch up by throwing more resources into higher education. But… what does this have to do with the outlined criticism?

The bar exam is functionally distinct from the other examples. Undergraduate GPAs, the LSAT, and law school grades are measures of relative achievement that exist because there’s some actionable value to the distinction — someone goes to Yale and someone doesn’t. But there is no Bendini, Lambert & Locke out there only hiring the person with the best bar score. The bar is a minimum competency test. The pool of applicants is roughly smooth by this measure. These are all law school graduates and even if there are lingering advantages and disadvantages that could be charted on a letter grade scale (an if that should not be given the sort of blanket treatment shown in this report) it doesn’t matter in a test when clearing the, pun intended, “bar” here. If there’s a marked difference in result here, it’s either the fault of the exam or the fault of predatory schools — which, as described above, exist largely because of the bar exam’s outsized importance to our licensing schemes.

The social responsibility concerns ring so hollow. Earlier in the report, over the span of two paragraphs, the NCBE goes from arguing that supervised practice would grossly discriminate against “first-generation law students from socioeconomically disadvantaged families” to arguing that it’s a perfectly fine solution as long as it ends in a bar exam. It’s almost as if the concern is less about those students than in maintaining the exam. Which, of course, is the whole point to this report.

Oh, and “for the ladies,” apparently you suck at taking multiple choice tests:

So it’s just too bad the results of multiple choice tests make up the bulk of the bar exam, a fact that a few pages earlier was hailed as the value of the bar exam because law schools and their essay tests lacked “quality and reliability.” Also, you know what the practice of law isn’t? A multiple-choice profession! Reliably testing the competency of a new attorney would require the complex problem-solving and argument crafting skills displayed by essays. But that would be too hard to test, so I guess the women have to suffer. Assuming there’s a value to this distinction they’ve casually tossed out there without citation, which we should not concede.

America isn’t ready right now to permanently move to diploma privilege admission. Sure. However, we’re more than capable of doing so with thoughtful adjustments like those proposed by the “diploma privilege plus” regime and that’s what has the NCBE so concerned that it turned out this screed. They understand that if the diploma privilege experiment manages to work, it casts doubt on the whole logic of the whole bar exam model. Maybe there is a continuing role for a bar exam, but it’s irresponsible at this point to just shrug off an opportunity to critically reconsider the licensing process from the ground up.