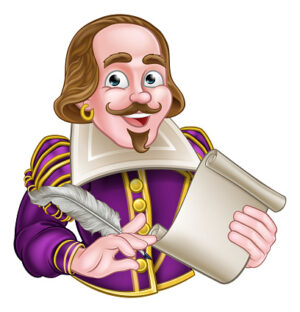 In most video games, one tries to avoid death. As a trusts and estates attorney, my mission is to address problems that arise after death. I make it my business to avoid troubling family members, distant relatives, and the state.

A last will and testament determines who receives one’s estate upon death. Whether one has a few hundred dollars or many millions, a last will dictates who receives. The recipients need not be relatives, or even people. One can leave assets to schools, religious institutions or charities, or even set up foundations for the benefit of causes or trusts to take care of pets.

Not everyone signs a last will and testament and the consequences can be downright shocking if not unfortunate. Every state has its own set of intestate laws wherein a statute determines who is next-of-kin and the recipient of the decedent’s assets. If there is no next-of-kin, generally the state takes the estate.

Property that has escheated means that it has reverted to the state. This may pertain to abandoned property or assets that one never knew about. In the context of an estate, one’s property would escheat to the state in the event there are absolutely no living heirs to take pursuant to the laws of intestacy. Depending on one’s family, this may be preferable to some relatives receiving.

In some cases, there is no spouse or children, but a life partner who bears no legal status in the decedent’s life. Thankfully, same-sex marriages have mitigated many problems that used to exist when individuals were unable to marry, but were life partners.  For roommates, best friends, business partners, and significant others, problems in inheritance persist, as they do not take under the laws of intestacy. Without a last will and testament, they will not be included, no matter how devoted or involved they were to the decedent.

The laws of intestacy get interesting when the next-of-kin stretches beyond spouses, children, and even parents and grandparents. Siblings generally come next in line in addition to their children, the decedent’s nieces and nephews, you know, the ones who never call to thank you for the birthday gift. Uncles and aunts, the siblings of parents may stand to inherit and even their children, who are the descendants of grandparents, otherwise known as your cousins. Certain states break it down even further and name children of cousins, for example, a first cousin once removed.

Some states go even further and permit step children to inherit in the event there is no one to receive under one’s own family tree. It could be strange for a spouse’s children from another relationship to receive all of a decedent’s belongings.

In many jurisdictions, next-of-kin must be notified in the event a will is offered to the court for probate. This gives the family the ability to object in the event they feel the will was executed as a result of undue influence or the testator lacked capacity. Often when writing a last will, clients will state that they do not have any known relatives. In this day and age, with the internet as our tool, those proclamations can usually be debunked. It is therefore prudent for all clients to identify any possible relatives so that they can be blatantly disinherited under the last will, if appropriate, or easily located in order to garner their consent upon death.

In the event one does not address one’s last will and testament, the administrator will have to deal with the issue upon death by diving into the laws of intestacy. There is often a search for next-of-kin and genealogical consultants and websites are consulted to track down relatives, around the world. Once reached, the response from the long lost cousin is awkward at best. Perhaps excuses are given as to why they were out of touch, stories provided as to how close they were during childhood, but grew apart. Sometimes there are no words as to the discovery of the found money. Just a silent laugh, hence why this recipient is often referred to as the laughing heir. Shut him up and execute a last will and testament.