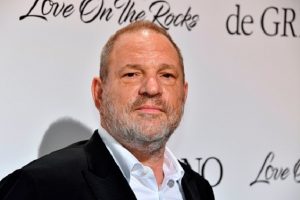 I paid close attention to the Harvey Weinstein trial both as a curious onlooker and as a professional.

On display was a soap opera of power, sex, ambition, and ruthlessness. It involved celebrity witnesses, testimony about a ménage à trois, and protests out front.

But mostly, I’m curious about the case for professional reasons. It may well shape a new definition of rape and determine which cases prosecutors pursue in the future. Will the sweeping impact of the #MeToo movement and its imprint on popular consciousness overpower a clear-headed analysis of the law? Will the Weinstein trial become the case that sets the standard for defining rape in much broader and more general terms?

A pure parsing of the elements of the charges suggest that Weinstein should be acquitted. Apart from slamming a door to prevent one woman from leaving his room, and according to a different complainant blocking her egress from the bathroom by opening a shower door, I haven’t heard much evidence of “forcible compulsion,” the key element in the charges against him. “Forcible compulsion” means to “intentionally compel either by use of physical force, or by a threat which places the person in fear of immediate death or that she will immediately be kidnapped.”

In a typical rape case, that means someone holding a knife to the victim’s neck, tying them up, beating them, or threatening them. Generally, “forcible compulsion” brings with it injuries ranging from scratches to serious bruising and bleeding. Generally, the victim does not continue a loving or sexual relationship with the aggressor, accepting gifts, signing off on emails with hearts and hugs, or appearing with him the next morning at breakfast as though nothing occurred.

The statute does not define “forcible compulsion” as emotional force that includes the threat of not recommending someone for an acting role.

There are lower levels of rape charges that do not involve forcible compulsion.  Like “sexual misconduct,” [engaging in sex with another without that person’s consent] an A-misdemeanor. But the prosecution in this case chose to indict Weinstein on the highest sex crime possible — an A-2 felony — the equivalent of murder.

The point they’re trying to make is that behavior like that of Weinstein, a powerful man who used his position to induce women to have sex, will no longer be tolerated. I applaud their intent, but not their methodology.

No one should be overindicted to make a point. It’s too risky for the future interpretation of the law and creates a slippery slope of injustice. The jury might just find Weinstein guilty of the top count not on the basis of the evidence, but based on the outrage surrounding the case. That wouldn’t be fair.

The prosecution’s approach — to throw up the most serious charges and see what sticks — is not an uncommon one in criminal prosecutions. They figure, if faced with the worst accusation, uncertain jurors might compromise and at least convict Weinstein of something.

I predict the deliberations will be heated and long. Although the jury instructions are short (only expected to take an hour), they are intellectually complex. Parsing out ideas like what is consent and what is force, is subjective and every juror, no matter how sincerely they promised to be fair and impartial, will have his or her own prejudices to deal with.

Whatever happens, the prosecution to a large extent has already won. By bringing so much attention to one of the most powerful men in Hollywood, who used his influence to his sexual advantage, prosecutors have outed the whole “casting couch” culture, not only in the entertainment business but in all industries where men in power expect sexual favors in exchange for work.