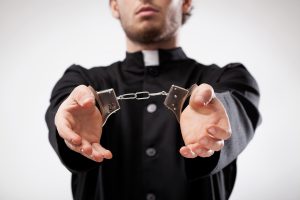 * Troubling confession: Lawyer fined for warning school of a priest’s history of sexual misconduct. [The Guardian]

* Pig in the mine: California’s pork law is an unexpected proxy for the legal side of the culture war. [Cal Matters]

* The right to cancel loans? You should read up on this cease and desist. [Business Insider]