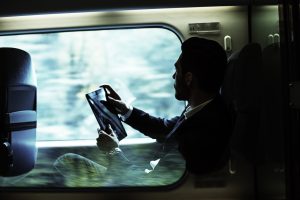 Businessman seating on a train beside window and working

* Whose Flight Is It, Anyway?: Lawsuit aims to enforce minimum seat sizes among airlines. Looking at you Spirit and Frontier. [Reuters]

* The DOJ subpoenaed over 30 people related to Trump’s mucking about. Somebody is gonna fold, and Twitter will be ablaze. [CNN]

* Reporting sexual assault is hard enough as is without the risk of a kit being used against you. [The Guardian]

* Sotomayor has temporarily weighted in on the nuanced question of if Yeshiva University has a religious right to discriminate against their student’s affiliations. This is a good primer. [Vox]