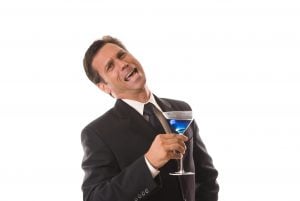 * A former top lawyer of a financial regulator is accused of drinking heavily, using marijuana, and visiting strip clubs while on work trips. Maybe he was doing market research? [Bloomberg]

* A woman is suing a lawyer for redrafting her husband’s will and allocating millions of dollars to a foundation with which the lawyer was involved. [Grand Forks Herald]

* An attorney for the sister of Robert Durst’s first wife is accusing Durst’s second wife of bigamy. [New York Post]

* The University of Michigan has dropped Steptoe & Johnson from a investigation of an accused molester since the firm has represented perpetrators of sexual assault. [ABC News]