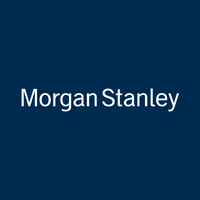 Got some cash burning a hole in your bank account, but can’t get into the capacity-constrained hedge fund of your choice? Well, a couple of Morgan Stanley veterans have some opportunities for you. There’s just one thing you should probably know….

Thiago Melzer, who oversaw trading in currency derivatives known as FX options, was “discharged” in June because of allegations concerning the valuing of certain trades and using communication methods not approved by the firm…. Melzer is now starting a new investment fund in Sao Paulo called Upon Global Capital, where he will be chief investment officer…. This will seek to profit from macroeconomic trends, the people said, and take advantage of record inflows into Brazilian hedge funds.

Rodrigo Jolig, a decade-long veteran of the investment bank, is one of the owners of Sao Paulo-based asset manager Alphatree Capital funded by the family of Brazilian property tycoon Elie Horn…. The bank hasn’t disclosed any disciplinary events concerning him, the Finra data show.

Jolig’s former boss, Thiago Melzer, left Morgan Stanley in recent months after the firm disclosed allegations concerning the valuing of trades and the use of unapproved communication methods….

If you find yourself not quite so daring, however, fear not: Two former traders at a former hedge fund would also welcome your support.

Jack Land and Akbar Rafiq, two money managers at York Capital Management, are spinning out their own separate hedge funds with money from their billionaire boss Jamie Dimon.