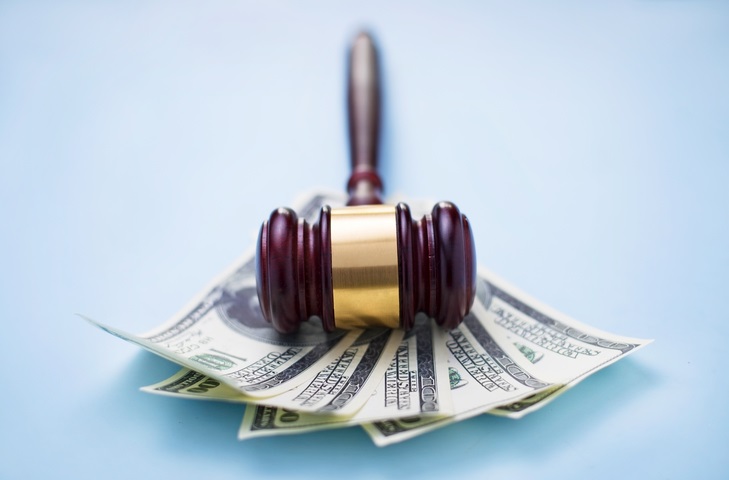 When last we heard from former hedge fund manager, former billionaire and Dealbreaker favorite Phil Falcone, he was holding a steeply discounted garage sale. Not because he needed the money, mind you, no matter what you’ve heard. He was just moving and didn’t need a custom white-lacquer Steinway grand with a silver frame anymore (Wilbur will have to make due with a beat-up old spinet, or maybe just an ‘80s-era Casio keyboard) or a red-leather sofa anymore. (And it’s a good thing he didn’t need the money, because everything he unloaded went for thousands of dollars less than he expected.)

And do you know why he didn’t need the money? Why, let the ever-loquacious-when-insulted Falcone tell you himself: “I’m doing well. I have a public company, Madison Technologies. It’s got a $150 million market cap.”

So, what is Madison Technologies? That depends on what day it is. Originally, it was going to be a vehicle for flogging Catherine Zeta-Jones’ feminine hair-removal products. Then Falcone bought it and decided it would be better to buy weak TV stations in strong markets than to sell razors. Not just better: The renamed Go.TV was going to revolutionize antenna-based broadcasting, which does apparently still exist. That plan went about as well as Falcone’s previous plans to transform the wireless, long-term care and garish lingerie industries, so now it’s a TV network about—you guessed it, that last refuge of the financial scoundrel—cryptocurrencies.

And how much is it worth? Well, somewhat less than the nine figures of which Phil bragged just six months ago.

Madison Technologies Inc., the company behind the planned crypto TV venture, has a market value of about $320,000, and its stock most recently traded for less than 1 cent. The firm raised $15 million early last year by selling convertible notes at a discount to funds run by Daniel Zwirn’s Arena Investors, according to an August regulatory filing. The three-year notes, secured by Madison’s stations and licenses, have a face value of $16.5 million and pay annual interest of 11%. That jumped to 20% after Madison missed several recent payments.

Which is all a long way of saying that while Falcone himself may not need money, Madison does. Luckily, Phil knows a guy, a guy he’s done business with “for years and years,” a guy who deliciously helped screw Falcone rotten on the wireless thing, and a guy who, crucially, agrees that Falcone’s $5 billion lawsuit against Apollo Global Management for screwing him on the wireless thing before this guy’s partner screwed him on the wireless thing, isn’t worth nothing. Now, this guy doesn’t seem to think it’s worth as much as Falcone does—few people, apparently, think things owned by Falcone are worth as much as Falcone does—but it’ll do for now.

Falcone’s Harbinger Capital Partners landed a $3 million loan from [Michael] Dell’s family office, in part by pledging one of its biggest potential assets: a lawsuit it filed against Apollo Global Management Inc.