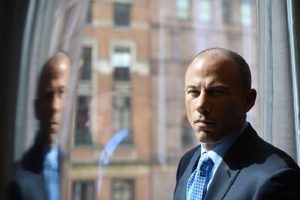 Michael Avenatti is supposed to have a pre-sentencing interview soon, but his attorney Scott Srebnick asked the judge yesterday to postpone that by at least 30 days because he thinks he could get COVID-19 at the jail. As both a lawyer and a blogger, let me just tip my hat because that’s a newsjacking truly worthy of induction into the clickbait Hall of Fame.

The request, made by letter to Judge Paul Gardephe, raises a number of concerns, but given the current media frenzy, the section on the coronavirus outbreak got the most attention:

Meanwhile, across the country, public officials are declaring states of emergency as a result of the spread of the Coronavirus. Flights are being canceled. Schools are closing. New protocols are being established for entry into federal courthouses. Health officials are uncertain of the actual risks, and, by all accounts, a prison facility poses among the highest risks of spread of infection.

Except health officials are pretty certain about the actual risks. Why do lawyers think overhyping this illness is necessary? It’s already pretty bad with the risks we understand, folks!

As one might suspect, this motion was denied immediately because, frankly, there’s nothing unique about the concerns he’s raising and taken to its logical conclusion, the letter posits that the criminal justice system should shut down for several months while prisoners languish in a diseased cesspool. But hopefully invoking COVID-19 because won’t overshadow the other complaints Srebnick raises in the letter, because MCC is a horrible, unsanitary mess:

The MCC lockdown led to even more cramped and unsanitary conditions at the jail. Inmates (including Mr. Avenatti) were permitted to shower only twice in 12 days. Many inmates lacked soap or hot water to wash their hands. Alcohol-based sanitizers are banned for use by inmates. Hot meals are being denied. Mr. Avenatti’s cell was infested with rats. The jail reeks of urine.

This is a breeding ground for disease, but you don’t need to jump to COVID-19 to make this point. You can catch airborne syphilis down there. It’s not a reason why lawyers shouldn’t be going to the prison at this time — it’s a reason why prisoners shouldn’t be kept in these conditions ever.

At least MCC isn’t using inmates as slave labor to make hand sanitizer… unlike some people.

Who knows if this was intentional on Srebnick’s part or not, but if it was, that’s what good newsjacking is. MCC’s unsanitary conditions aren’t moving the media needle as much as they should. If tying one of the most well-known lawyers on the planet — a potential repeat Lawyer of the Year — to COVID-19 gets more outlets to take seriously how appalling the conditions are there, then it’s worth it.

(Check out the letter/order on the next page.)

Earlier: Authorities Have Thrown Michael Avenatti In The Hole — Attorney Asks To Move Him To Gen Pop
Who Was The 2019 Lawyer Of The Year?