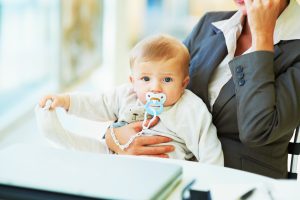 Vered Yakovee, former vice president and associate general counsel of the NBA team the Miami Heat, has filed a federal lawsuit alleging violations of the Family and Medical Leave Act. The complaint, available in full below, seeks lost wages, employment benefits and other compensation, damages, and return of her job.

As reported in Law.com, Yakovee, who began working at the Heat in 2015, alleges that when she told her boss, the team’s General Counsel Raquel Libman, that she’d been selected to adopt a newborn baby and would be taking parental leave, she was immediately met with hostility, with Libman allegedly saying, “Now I definitely won’t get to take a vacation.”

Yakovee did take the leave she was entitled to — 12 week unpaid leave — and when she did return to work, the situation allegedly only deteriorated further:

Libman “berated Ms. Yakovee and complained about her FMLA leave not only privately but also publicly in group meetings and on group email correspondence,” the complaint states. The suit said Libman canceled their weekly one-on-one meetings that started when Yakovee was hired.

The complaint also alleges that Human Resources was brought into the situation when Libman “self-reported.” However, it goes on to allege that process was unsatisfactory and only served to create documentation:

She later asked the president of business operations to assign an independent investigator to the matter because the HR vice president and Libman are “close friends,” according to the complaint. But her request was denied on the same day that the director of human resources sent Yakovee an email criticizing her for failing to provide “enough advance notice” for her parental leave.

Yakovee asserts in her complaint that the email was part of an effort “led by Ms. Libman and supported” by the Heat to “litter the file” and provide Libman and the team “grounds to continue to harass and retaliate” against her.

Only a few months after Yakovee returned from leave, she alleges she was terminated. The complaint says it was the day after Yakovee took her first sick day at the company, which she used to take her sick child to the doctor.

Read the full complaint below.