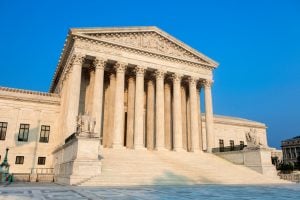 The lanes of the Democratic presidential primary are defined by Medicare for All. It’s the title of the Bernie Sanders health care bill that Elizabeth Warren signed onto in the past. Meanwhile those preening for the increasingly hypothetical moderate vote are quick to blast the policy proposal banking on their firm belief that a struggling Walmart greeter’s biggest concern is maintaining Aetna’s earnings per share.

They trot out a lot of bad arguments against the Medicare For All plan. They’ll complain that it’s too expensive — conveniently glossing over the out-of-control costs in the status quo and the cost cutting power of a single buyer. They’ll tell you it’s about providing choice — even though most Americans only get a Hobson’s Choice passed across their employer’s desk. And they’ll tell you it simply raises taxes — ignoring that it would eliminate employee and employer contributions to more expensive private plans. But they come in with a lot of industry-sponsored graphs and it all sounds compelling to the self-appointed very serious people who tell us what America really thinks from the confines of a D.C. conference room.

But one reason why Medicare For All is the only serious health care plan on the table that we never talk about was just brought back into sharp relief by the Fifth Circuit striking down the individual mandate and throwing the ACA to the Kavanaugh and Krew: no other plan has a chance of surviving these courts.

Joe Biden wants to “protect and build on Obamacare“? Bitch, it’s not going to be here. John Roberts may have saved the Affordable Care Act once to prevent widespread disruption, but with the “death of a thousand cuts” strategy the GOP has waged since that first opinion, there’s a colorable argument that the disruption wouldn’t tank any insurers at this point. The insured would get a real beating, but that’s not who Roberts worries about.

If the Obamacare experiment teaches us anything, it’s that Republican judges will find even the most targeted health care reforms unconstitutional. Even the National Federation of Independent Business v. Sebelius decision upheld the law as a tax as opposed to a straightforward exercise of the commerce clause — a deliberate effort to kneecap any future efforts to regulate the healthcare industry.

The only proposal for fixing health care with a snowball’s chance is one that takes a law that the courts established as soundly constitutional over half a century ago. Medicare stands on constitutional ground almost impossible to shake. Any coherent argument against expanding the plan to more ages would require an assault on the whole regime, a regime that America’s seniors — read: the people who religiously vote and make up the dwindling GOP base — depend upon to stay alive.

Not that there won’t be a game effort. The Court just struck down a 40-year-old precedent for laughs, but the Janus opinion screwed over mostly Democratic leaning teachers. John Roberts didn’t have to worry about them like he will aging folks in Wisconsin. Perhaps “OK, Boomer” will be deployed as proof that seniors are a discrete and insular minority that deserve Medicare where toddlers don’t? Look, I’m not going to predict what Paul Clement is going to argue, but just know that it’s going to be about that frivolous.

But it’s worth noting that some of FedSoc’s most reliable intellectual foot soldiers have already weighed in and declared fighting Medicare for All an uphill battle. In a June Politico piece, ASS Law’s Ilya Somin explained:

“In the 1930s and ’40s, the Supreme Court vastly expanded government power under the spending clause, allowing the federal government to spend money on almost anything they want and regulate almost any transaction that qualifies as interstate commerce,” said Ilya Somin, a libertarian-leaning professor of constitutional law at George Mason University. “It’s highly unlikely the court is going to overrule that precedent now.”

Jonathan Adler, a legal professor at Case Western University who helped mount the unsuccessful challenge to nationwide ACA insurance subsidies in the 2015 Supreme Court case King v. Burwell, largely agrees that Medicare for All is on solid legal footing.

So when evaluating the different Democratic healthcare proposals coming from the debate stage, just remember that nothing anyone’s saying has even the chance of becoming a reality unless it boils down to universalizing Medicare. The GOP judiciary has made sure that nothing else matters.