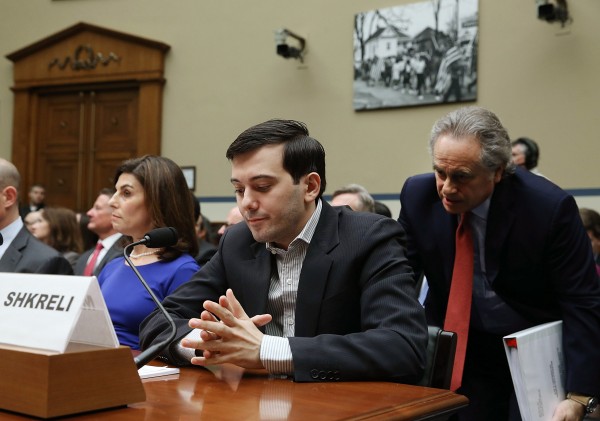 “Pharma Bro” Martin Shkreli and the company he once led were sued Monday over allegations that they deliberately sought to prevent generic competition to a drug whose list price skyrocketed and that became a poster child for high drug prices.

The Federal Trade Commission said Monday that it and New York’s state attorney general had filed charges against Vyera Pharmaceuticals – which operated under the name Turing Pharmaceuticals until 2017 – concerning the toxoplasmosis drug Daraprim (pyrimethamine). Shkreli and Turing became notorious in 2015 when the company increased the list price of Daraprim from less than $20 to more than $700 per tablet, despite the fact that it had been on the market for several decades. The drug is considered a standard of care for toxoplasmosis, a potentially fatal protozoan brain infection that affects patients with HIV/AIDS, cancers and who are receiving organ transplants.

The charges filed Monday allege that, anticipating that the price increase would invite generic competition, formed distribution agreements that would prevent generic drugmakers from obtaining the samples they would need to develop them, while also preventing them from obtaining ingredients. The deals, signed with distributors, also prevented them from selling sales data, which generic drugmakers use to determine the viability of developing a drug.

In a statement, Vyera said the allegations were “without merit” and not supported by the facts and that it would defend itself in court.

“Daraprim is a lifesaving drug for vulnerable patients,” said FTC Bureau of Competition Deputy Director Gail Levine, in a statement. “Vyera kept the price of Daraprim astronomically high by illegally boxing out the competition.”

Shkreli was convicted of fraud and conspiracy in August 2017 after bilking investors out of $10 million and sentenced in 2018 to seven years in prison in connection with another one of his companies, Retrophin. But that didn’t stop him from trying to stay in the pharmaceutical business. In March of last year, The Wall Street Journal reported that he had been using a contraband cell phone to run a new drug company, Phoenixus, out of prison, in violation of prison regulations. Forbes reported that Shkreli had been placed in solitary confinement following the Wall Street Journal report.