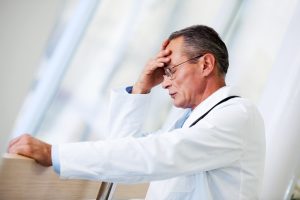 The coronavirus pandemic has developed so quickly that the key people involved in dealing with it — including medical staff, scientists, and governments — are still struggling to find the resources to do so effectively. One key issue that has emerged is that there may not be enough ventilators to keep people with the most serious symptoms of COVID-19 alive. The fear is that doctors will have to make on-the-spot decisions about who has priority for the machines that are available — tantamount to deciding who will live, and who will die. The prospect of that terrible burden being placed on medics’ shoulders has led to a global scramble to obtain as many of these machines as possible so that there is a ventilator for everyone who needs one.

The urgency of the situation has led to some unprecedented solutions. For example, major car manufacturers are retooling their vehicle production lines to make ventilators. The US Health and Human Services Department has awarded a contract for $489 million to General Motors to make 30,000 ventilators. Meanwhile, Ford aims to supply 50,000 ventilators in 100 days. The Spanish car-maker Seat, part of Volkswagen, has built emergency ventilators out of windscreen wiper parts. Similarly, Tesla is seeking to re-purpose parts from its own cars to create ventilator systems.

Also noteworthy are a number of open source ventilator projects. The aim is to design models whose 3D plans can be shared freely so that much-needed devices can be built for a low cost around the world. As an article on Hackernoon looking at four projects that are furthest along points out, the complexity of the problem is underestimated by many hoping to contribute in this way. In particular, designing open source ventilators is the easy part: the hard part is rigorous testing and gaining approval from the relevant health authorities.

The obstacles to supplying new devices has led many to concentrate on a better utilization of the ventilators that hospitals already have. However, as an article on the Vice site explains, at a time when most companies are doing what they can to help address the coronavirus pandemic, some manufacturers think protecting copyright and proprietary designs is more important than saving thousands of lives. Specifically, it turns out the lack of a “right to repair” — something covered extensively here on Techdirt — is stopping hospitals from fixing the ventilators they own quickly, and forcing them to ship units back to the manufacturers:

Core to the fight against coronavirus, then, will be keeping the ventilators hospitals do have online. Many of them are not empowered to fix their own machines, however, due to the exact same issue that we’ve outlined before with John Deere tractors and other devices: medical devices, including ventilators, have gotten more complicated over the years. They are now controlled by microprocessors and software. That complexity hasn’t made them inherently more difficult to repair, but manufacturers have artificially put “software locks” on them, meaning that only those who are authorized can make modifications.

Some ventilator manufacturers are going out of their way to make repair difficult. For example, they have tried to keep service manuals out of the hands of independent repair professionals. They have even taken legal action against independent databases of manuals. The site Frank’s Hospital Workshop, which seeks to help people repair medical equipment, has been forced to remove some manuals, replacing them with the explanation: “Download prohibited… Support is not desired.” The argument against allowing hospitals to employ independent technicians is the usual fear-mongering:

AdvaMed, the medical device manufacturer trade group that represents more than 400 companies (including Siemens, GE Healthcare, and Philips, which are among the largest), wrote a letter to lawmakers in Massachusetts claiming that right to repair legislation “could result in maintenance and repairs of medical devices being performed by untrained personnel, and that inappropriate replacement parts may be used.”

In other words, manufacturers are insinuating that there’s a risk that “untrained” personnel might do a bad job, and result in equipment that is dangerous for patients. The US government doesn’t think that’s true: a 2018 Federal Drug Administration report found that many third-party repairs “provide high quality, safe, and effective servicing of medical devices” (pdf). And even if it were true, the choice would then be between putting COVID-19 patients on a repaired, working ventilator that might have some risk, or not having access to one at all, and probably dying as a result. Do manufacturers seriously think people would prefer the latter?