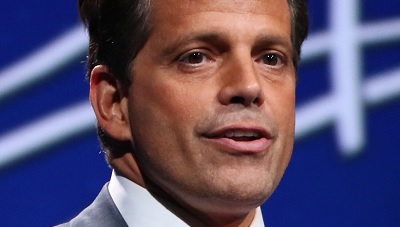 Remember that time that Anthony Scaramucci sued a hedge fund his Skybridge Capital has invested with for inflating its valuation and screwing him over when he was otherwise occupied by other matters? Yea, well, he doesn’t either.

“I haven’t been in one lawsuit in 31 years,” Scaramucci, also known as The Mooch, wrote in an email. “I don’t intend to have any now….”

“It’s absolutely not true,” said one person close to Skybridge. “The only lawsuit he’s ever been in is his divorce. Why would he sue anyone right now?”

Jesus, how did this guy ever get a job in the Trump administration in the first place? (Not for the lying, obviously, if he is in fact lying and not merely forgetful, but for never having used litigation as a weapon.)

Anyway, why is the Mooch denying both ever having sued and currently having plans to sue? Well, because that highly lucrative structured credit bet he made four years ago isn’t so lucrative anymore.

The firm lost 22.5% in March in its flagship fund, according to an investor document reviewed by The Wall Street Journal. For the year, the fund is down 21.9% through March….

Angelo Gordon’s AG Mortgage Value Partners fund, one of Series G’s biggest investments, was down 31% for the month.

Another SkyBridge investment, Metacapital Management LP, lost more than 50% in March in one fund SkyBridge is invested in and was selling assets in recent weeks to meet margin calls, according to people familiar with the firm.

Some funds SkyBridge invested in, including the EJF Debt Opportunities fund, Medalist Partners Harvest Fund and Metacapital Mortgage Opportunities Fund, recently told SkyBridge and other clients they wouldn’t be able to withdraw their money.

No wonder this guy thinks hedge funds could use some of that sweet, sweet bailout money. Before it runs out this week, anyway.