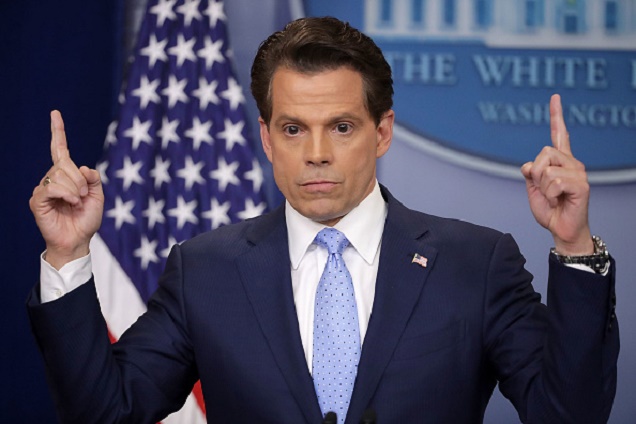 Given the sort of “small businesses” who successfully sought federal small-business bailout loans, it’s highly probable that some enterprising hedge funds would have joined the rush to the trough. And they might have gotten away with it, too, if not for one man’s inability to speak to the press without saying something misjudged, ill-timed or otherwise ill-advised. But Anthony Scaramucci did go on television and say that hedge funds are small businesses, too, so now his old friend and colleague (and former fellow hedge fund manager) has had to make clear that they are not, at least for the purposes of partaking in the $320 billion to be given away in PPP part deux.

“Hedge funds and private equity firms are primarily engaged in investment or speculation, and such businesses are therefore ineligible to receive a PPP (paycheck protection program) loan,” the SBA said wrote in an update to clarify which businesses may apply for relief under the program.

“The Administrator, in consultation with the Secretary, does not believe that Congress intended for these types of businesses, which are generally ineligible for section 7(a) loans under existing SBA regulations, to obtain PPP,” the update said.

If any of you thus denied are feeling a bit cross with the Mooch over this and looking to indulge in some Schadenfreude, look no further: While he has denied that he’s suing anyone over it or that Citigroup is dumping him over it, he’s definitely not denying that things suck big time over at SkyBridge.

“Redemptions were approximately 9.3% of assets as of March 31, 2020,” Scaramucci wrote about the firm’s main portfolio, called Series G…. SkyBridge, which invests with a handful of hedge funds, in turn submitted redemptions of more than $1 billion to these managers in order to pay back its investors and shift around its investments….

“We are embarrassed by this performance,” Scaramucci wrote about the firm’s 23.3% loss in March, which left the portfolio down 22.79% in the first quarter.