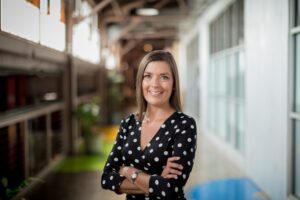 Early on in the pandemic, when stay-at-home orders multiplied, and courts closed to all but emergencies, a law professor in Tennessee was taking names.

Vanderbilt’s Caitlan “Cat” Moon made an appeal to those in a position to help, guide, and, importantly, keep law open. The #keeplawopen hashtag is in use, though it’s often second to Moon’s primary mission, #makelawbetter.

When Moon asked innovators to raise their hands on Twitter @inspiredcat, she got an almost-instant response, with more than 70 individuals in the legal tech arena volunteering to be advisors to anyone looking to implement change that would keep courts accessible during the crisis and create lasting change long after.

A month in, the list has nearly 250 people, from developers and technologists to legal operations experts and lawyers experienced with implementing technologies in ways that comply with lawyer regulations.

Names on the list come from just about every legal tech and legal innovation sector, including legal management consultant Bruce MacEwan of Adam Smith Esq.; James Peters, a vice president at Legal Zoom; and Jessica Bednarz, who heads the legal-incubator program at the Chicago Bar Foundation.

As much as I want to believe that the justice system will emerge from the pandemic with tools to increase access to justice, I’m thinking that any progress that increases access to justice will become a reality less out of willingness and more out of necessity.

Moon, however, is laser-focused on the possibility of lasting change.

“We can make ourselves the army of innovators known to all the leaders who really need our help right now,” she said this week over Zoom to a group of legal professionals. “In many ways, it’s a dare to ignore this wealth of energy, expertise and passion that we have.”

Moon had the idea to create this database of experts willing to advise as courts closed, and it was clear many didn’t have continuity plans that would allow them to operate.

Moon emphasized that it’s not just the courts that have failed to innovate and effectively respond to the pandemic. “I see people across the legal spectrum faced with many very hard decisions right now, for which they are largely unprepared,” she said in an early call for names. “I know there is a legal innovation community full of people with the experience, expertise, and energy to help.”

The database she is creating aims to connect the two, to get legal innovators out in the open where they can be found and learning from one another, rather than in project silos.

Close to home she is focused on prepping her students for an uncertain future and, at the same time, fast-tracking a new Institute for Practicing Legal Professionals.

But the names Moon began taking are also leading to working groups in pockets around the country and across borders.

“What I see is that some kind of deeper, broader problem-solving is going to survive this [pandemic],” said Moon, who is director of innovation design for the Program on Law and Innovation (PoLI) at Vanderbilt Law School.

We’re already seeing seeds of change in Alberta, where Doug Schweitzer, as minister of justice and solicitor general, has assembled think tanks, including the judiciary and the bar, to work on justice system improvements in the short-term, but with the expectation that these quick fixes will lead to permanent changes.

Like in the United States, in-person large docket calendars are on hold in the province. And Schweitzer is operating under an expectation that the COVID-19 disruption will continue for many more months. At the same time, there is a sudden willingness to accept and try alternatives.

“No one is holding us up to the standard of perfection,” Schweitzer said. That’s enabled an area that doesn’t even have e-filing capabilities to quickly spin up pilot projects that are running dockets through conference calls, hearings by video, and trials by video.

“All of those things are in the works,” Schweitzer said. “We want to be able to turn our courts back on in a really fast way.”

But while working on immediate needs, Schweitzer is at the same time looking to address deeper access to justice problems in Alberta. “This is really an opportunity for us to trailblaze, an opportunity for people in rural Alberta to access justice,” he said. This means leveling the playing field for lawyers and residents throughout Alberta, rather than requiring physical travel for all matters to Calgary or Edmonton.

Schweitzer said he has seen years worth of change in a matter of weeks. The change he’s seeing goes beyond the need for e-filing. He’s seeing solutions that will have lasting effects on affidavits, swearings-in, and in-person verifications, as well as for appearance requirements for routine matters.

Essentially the thinking is that if remote, secure, and trustworthy solutions for matters as critical as wills and estates exist during an emergency, why not all the time?

Schweitzer said he’s thinking that new protocols will be remote or paper communications with courts unless there are questions that the judge needs to resolve.

Moon is working with Schweitzer’s team to be sure the access continues, rather than shut down again once in-person options are safe. The biggest threat to lasting change is a quick return to prepandemic normalcy without a commitment to review pilots and quick fixes to decide what’s worth long-term development and investment.

“I do believe that it is likely that there will be a mindset shift,” Moon said. There’s no question that many naysayers were thrust into using technologies and patchwork solutions without everything falling apart. There will be lessons there and data to explore.

Brandon Greenblatt, CEO of New York-based Precision Reporters, is seeing a shift in thinking in real-time with depositions. Most lawyers would opt for in-person depositions whenever possible to best assess body language and micro-expressions that give lawyers a deeper understanding of a witness.

But do all depositions going forward need to be in-person, with litigation teams traveling to remote locations at enormous expense and commitment of time?

Greenblatt asserted that many depositions and witness interviews are just fine via video. There are techniques that allow closer, face-to-face-like viewing of witnesses as they speak. And as a bonus, there is the option for real-time transcription. The proof is in the pandemic, which has unintentionally created a proof of concept for remote depositions and more.

Even when shelter-in-place orders relax and lift, attorneys are not going to travel for second-tier depositions in a case, he predicted.

“I’m not going to make the argument that remote depositions are 100 percent,” Greenblatt said. “But it’s obviously above the threshold of good enough. There’s no reason access to justice should be shut off because we’re within a few percentage points of perfect.”

And, he added, “If you can achieve 95% to 100% of the quality of an in-person deposition, at a fraction of the cost, attorneys are realizing that this is a great option to bring to their clients.”

Molly McDonough is a longtime legal affairs writer and editor. Before launching McDonough Media, she was editor and publisher of the ABA’s flagship magazine, the ABA Journal. She writes about access to justice at A Just Society.