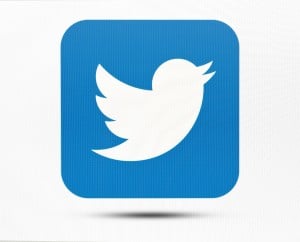 According to Eric Goldman’s count (and he would know), this is the 12th ridiculous “blame Twitter for terrorism” lawsuit to be tossed by a federal court. The dubious legal theory — one so dubious it has yet to find any judicial takers — is that Twitter and other social media platforms “allow” terrorists to converse and radicalize and do other terrorist things. What no one has successfully alleged is that Twitter, Facebook, etc. are directly or indirectly responsible for terrorist attacks.

This lawsuit was one of the dumbest. The brain geniuses at Excolo Law convinced a client this would be a winning strategy: claim the shooting of some cops by a shooter in Dallas was Twitter’s fault because possibly the shooter thought terrorist group Hamas was pretty cool. 96 pages of lawsuit and this was the tenuous allegation plaintiffs Jesus Retana and Andrew Moss thought might finally prove social media companies are providing material support to terrorists.

Not only did the lawsuit fail to include anything linking Twitter to the killing of Dallas police officers, it failed to include anything linking the shooter to Hamas. That didn’t stop Excolo Law from claiming that the only thing propelling the shooter to start killing Dallas police officers was Hamas’ social media presence, aided and abetted by Twitter.

As Goldman points out, the court “expressly does not reach the Section 230 defense.” That’s not because it’s not a good defense. It’s because the lawsuit — and the law firm shoveling as many of these into federal courts as possible — is so awful.

The court opens its dismissal [PDF] by noting the string of courtroom failures Excolo Law (and 1-800-LAW-FIRM) doesn’t seem to be interested in discussing when pursuing another lost cause in a federal court.

This case is the latest in a string of lawsuits that Plaintiffs’ lawyers have brought in an attempt to hold social media platforms responsible for tragic shootings and attacks across this country—by alleging that the platforms enabled international terrorist organizations to radicalize the attacks’ perpetrators. In fact, Plaintiffs’ lawyers brought a suit in the Northern District of California, Pennie v. Twitter, Inc., 281 F. Supp. 3d 874 (N.D. Cal. 2017), concerning the same Dallas shooting this Court is confronted with here, albeit with different plaintiffs. The court in that case dismissed the claims with prejudice, finding that there was no connection between the shooting and Hamas, the terrorist organization at issue. Id. at 892. Yet, Plaintiffs’ counsel made no mention of that case in their briefing; counsel discussed the case only after the Court questioned about it at oral argument.

The court then notes it can do its own research if the law firm isn’t willing to discuss past work that hews super-closely to the case at hand. GTFO, says the Texas federal court.

The Court dismisses this lawsuit with prejudice. Although the complaint here alleges additional facts not found in Pennie, the complaint nonetheless suffers from many of the same deficiencies discussed in Pennie. Plaintiffs here have not and after multiple attempts, clearly cannot connect Hamas to the Dallas shooting.

Need more? No link between the cop killer and Hamas:

Simply put, the SAC does not allege any facts that show that Hamas radicalized Johnson to commit the Dallas attack, not to mention by using Defendants’ websites. Plaintiffs’ injuries,therefore, were not “by reason of” Hamas, or Defendants’ alleged support of Hamas.

No link between the claimed violation of the ATA (Anti-Terrorism Act) and the Dallas shooting, either:

Plaintiffs’ secondary liability claims fail for an additional, yet similar, reason: Plaintiffs do not allege that the Dallas shooting was an act of international terrorism.

[T]he SAC is devoid of allegations connecting Hamas to the shooting, even after it occurred. There is no transnational component to Johnson’s planning and execution of the shooting. Instead, this tragic shooting appears to be an act of domestic terrorism.

The case is dismissed with prejudice, continuing Excolo Law’s losing streak. This obviously won’t keep the firm from trying again, not as long as it can convince victims of violence they have a shot at extracting a large settlement from social media companies. Sure, it hasn’t worked yet. But that can only mean Excolo, et al are due for a win! Right?