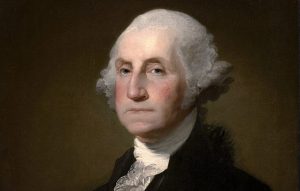 We used to have, and up until very recently, this has been the history of the United States, the expectation — which was the Framers’ expectation — that from time to time, the chief executive would abuse his power, in the sense of either doing something that the Constitution didn’t permit, or somehow overdoing the powers that the Constitution gives to the president. And the expectation was not that you were going to jump every time that happened to impeachment. There are other ways that the Congress, either by political pressure or by using the power of the purse, would be able to rein in presidential excess. The idea was that, you know, there is a lot of area between something that is wrong and something that is impeachable.

— Andy McCarthy offering a bold take on the Framers over at Fox News. While there’s little to no evidence that the Framers imagined an executive branch that ignores congressional edicts on a personal whim, the key to becoming a Fox legal analyst is to say whatever pops into your head and throw the phrase “the Framers’ expectation” in there.