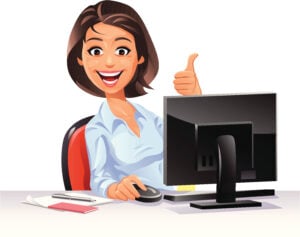 I am willing to bet that many of the people reading the title of this article have no idea what the abbreviation “CYA” means. The first time I ever heard the term was when I was an ROTC cadet, and I was told that it meant to “cover your ass.” In essence, if someone thought that they had to follow misguided orders, or pursue a flawed strategy, they would make sure to have witnesses, or perhaps something in writing, to provide evidence that they were not responsible for the consequences. This attitude is not exclusive to any field, and I am sure that many of us have heard of the term “defensive medicine” to describe a similar practice in the medical field where doctors cover their butts to insulate themselves from malpractice claims.

The legal industry is also ripe with this kind of attitude. Lawyers, like all other professionals, are nervous about being accused of malpractice, so attorneys often cover themselves to avoid malpractice liability. However, attorneys also simply try to cover their butts so that they don’t look bad in front of their bosses. Nevertheless, sometimes a cover your ass attitude can get in the way of serving clients, and attorneys should make clients the priority over insulating themselves from blowback.

Lawyers are often forced into covering their butts because clients wish to pursue a strategy which can result in negative outcomes. For instance, I once worked at a firm that was tasked with serving local subpoenas for an out-of-state proceeding. The out-of-state law firm insisted on making the subpoenas returnable sooner than the mandated time period required by local rules. I conveyed this to the out-of-state paralegal that was assigned to the case, and she told me that we should just go forward with signing and serving the defective subpoenas anyways.

I spoke with my boss about this situation and suggested that we discuss the matter with the out-of-state lawyers who were working on this case. I suggested that perhaps the paralegal did not know the importance of timeframes with the subpoenas, but maybe we could convince the lawyers to use the correct timeframe with the subpoenas. The partner ended up telling me that it was not our problem that the paralegal had dictated that we serve defective subpoenas. He simply told me to write a memo to the file memorializing the conversation I had about the defective subpoenas so we could cover ourselves if the situation blew up in our faces.

Naturally, the short-served subpoenas became problematic, but we were able to tell the client about our conversation concerning the defective subpoenas, and we didn’t receive any blowback. In fact, our firm actually got more work sending out another round of subpoenas. However, it would have been more efficient to simply fix the problem in the first place rather than focus on covering our butts. This would have resulted in a much better outcome for our client even though it required us to go that extra mile.

Sometimes, attorneys focus on CYA because of internal firm politics, and this does not serve the best interests of the client. I once had a case as a “baby lawyer” that required someone from our firm to head to Long Island for a deposition. The senior associate told me that he wanted me to take the deposition because he did not want to get on the Long Island Railroad and schlep a few hours to the deposition and back. Since this was in the early part of my career, I was pretty excited to go on the deposition, even though I was somewhat inexperienced, and the senior associate knew more about the case.

Of course, there are situations when it makes sense to cover your ass, and lawyers more than other professionals know best how they can avoid liability if a situation blows up. It is often a good idea to memorialize some oral conversations in an email, and speak by phone in other contexts. Furthermore, providing advice to clients about how they can cover their asses is a huge part of providing quality legal representation.

However, attorneys should try not to cover themselves if it will have a negative impact on the client. It is far better for attorneys to help clients fix situations than insulate themselves from liability.