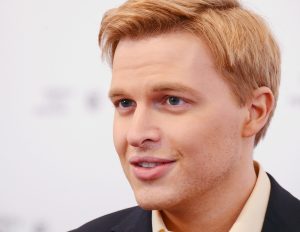 First off, this column is lousy with spoilers for Ronan Farrow’s bestselling book, Catch and Kill: Lies, Spies, and a Conspiracy to Protect Predators. Of course, so is real life, so unless you’ve had your head in the sand for the past year and don’t know that Harvey Weinstein is on trial for rape in New York, I’m probably not going to be revealing anything you don’t already know.

Now that that’s out of the way, I just finished up with the text myself, and it doesn’t exactly paint a rosy portrait of the legal profession. We’re all used to the idea of role morality, but don’t we sometimes have to stop and think about what we’re actually doing? Is the lawyer’s role really just to dumbly acquiesce to the client’s desires?

Obviously, the rotting head of the fish in Catch and Kill is Weinstein himself (hey, sometimes there’s no twist and the monster actually just looks like a monster). But throughout the course of Farrow’s reporting, Weinstein’s most brutal impulses in service of opaqueness are attended to by multiple concentric circles of hangers-on, hired guns, and, at the far reaches, indifferent observers. Weinstein is the star at the center of a solar system designed to keep him there.

And of all those bodies in orbit around him, a surprising (and disappointing) number are lawyers. These attorneys range in culpability from the in-house NBC crew, who merely provided cover to network executives bent on spiking the Weinstein story, to the backbiting Lisa Bloom, who allegedly parlayed her reputation as a victims’ advocate to help discredit Weinstein’s accusers and who initially feigned an interest in helping Farrow while clandestinely gathering information for Weinstein.

Attorneys champion the “zealous advocate” part of the rules because it allows them to easily cede responsibility for their actions. You can justify anything by saying you were simply being a zealous advocate for your client. The word “zealously” appears in the preamble to the ABA’s Model Rules of Professional Conduct, but I think the appropriate use of “zeal” is expressed better in context in the first comment to Rule 1.3:

A lawyer should pursue a matter on behalf of a client despite opposition, obstruction or personal inconvenience to the lawyer, and take whatever lawful and ethical measures are required to vindicate a client’s cause or endeavor. A lawyer must also act with commitment and dedication to the interests of the client and with zeal in advocacy upon the client’s behalf. A lawyer is not bound, however, to press for every advantage that might be realized for a client. For example, a lawyer may have authority to exercise professional discretion in determining the means by which a matter should be pursued. See Rule 1.2. The lawyer’s duty to act with reasonable diligence does not require the use of offensive tactics or preclude the treating of all persons involved in the legal process with courtesy and respect.

I’ve added the emphasis there.

The best criminal attorneys I know describe the process of aiding in the defense of a person they know to be guilty not as trying to help someone who has done a terrible thing dodge responsibility for his actions, but as ensuring that the state carries its burden, and the prosecutors don’t trample anyone’s rights.

You’re going far beyond making sure the other side plays by the rules by intimidating a victim, and then, when she has the courage to testify, implying she is a sex worker (which shouldn’t matter anyway). You’re not really taking an ethical measure when you lie your way into the confidences of a journalist so you can spill your guts later about all the legitimate journalism going on (so your client can undermine it). These types of things are not inoffensive tactics, they are not treating all persons involved in the legal process with courtesy and respect, and even if they can secure your client tactical advantages, you, as the lawyer, are not bound to press for them. Even if he has you on retainer, you can say, “Mr. Weinstein, I will defend every right you have, I will call into question the credibility of every witness who gives me a legitimate reason to do so, but I am not going to threaten journalists or degrade women.” You might not be on retainer long, but you can say it. And maybe it’s time we start pressuring other attorneys to focus just as heavily on the “ethical measures” part of the rules as they do on the beloved “zeal in advocacy” part. “Legal ethics” doesn’t have to be an oxymoron.

It’s not all bad news: one of the more ethical characters in Catch and Kill is a lawyer. Farrow doesn’t practice law, but he earned his JD at Yale and has been admitted in New York since 2010. Sure, he wrote the book, but his account has been vetted pretty thoroughly, and he was undisputedly brave. He stood up to the people signing the checks because it was the right thing to do. He stood up for those who came forward, at great personal risk, with their stories.

So, don’t look down your nose at those in JD advantage jobs, and maybe try to be a better person instead of just a better lawyer. We can all improve. That includes even Farrow. After having the gall to accuse his fiancée, Jon Lovett, of drifting without direction early in their relationship, Farrow then whined later on when Lovett was too busy starting the wildly successful company Crooked Media to immediately respond to flurries of texts and missed calls. Sir, Jon Lovett is a national treasure, cut him some slack.

Anyway, I hope Farrow keeps up the good reporting. Maybe lawyers will even come off better in some of it in the future. Really, though, that’s up to us.