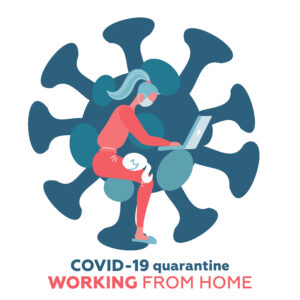 Ed. note: This is the latest installment in a series of posts on motherhood in the legal profession, in partnership with our friends at MothersEsquire. Welcome Lindsay Kennedy back to our pages.

There has been a lot of talk about how successful South Korea has been regarding the Covid-19 situation. Their methods are incredible, but would never work in the United States. The wearing of masks is touted as a miracle cure. Korea does way more than wear masks, their entire culture accepts a level of government intrusion that would cause riots in the United States.

As a military family, our sense of privacy is less, and our acceptance of government intrusion is more, than the average civilian family. In Korea, where we live, we are on camera everywhere except inside our home — closed-circuit television (CCTV) is everywhere. Some find this is alarming; but it’s just normal life to me. And it comes with the amazing benefit of safety — far less crime in Korea and a greater sense of security than anywhere I’ve lived.

This lesser privacy has made the Korean response to the pandemic starkly different. Testing is extensive and can be mandatory. There are even drive-through centers for testing. Every new confirmed case is disseminated to every local cellphone in an emergency alert that includes the person’s gender, age, and sometimes ethnicity. Within a few hours, a detailed list of every location that person has been to, including exact dates/times is released in a list of “hotspots.” To gather this data, the Korean government uses tracking info from CCTV, cellphone tracking software, and credit card transactions. If you were at a hotspot, you go get tested or self-quarantine for 14 days.

South Korea’s extensive tracing, testing and isolation measures — along with the highly intense campaign encouraging people to avoid gatherings — have helped to reduce the spread of this virus.

The Korean government was requiring all those arriving from overseas to download on their smartphones a self-quarantine app that comes with a GPS function that enables government officials to check whether the visitor from overseas remains in their permitted boundaries. Increased restrictions have been put into place, requiring foreign nationals to be quarantined in designated facilities — for example, the military provided a barracks room for a college student from the United States that recently came to be with her family.

A “clean team” comes in and thoroughly sanitizes each hotspot on- or off-post. It is common that people will avoid places that an infected person visited, even though the places have been closed and cleaned.

Unlike in the United States, Korea has never been on “lock-down.” Soldiers still work. Every week since January, numerous Emergency Alerts go out to every cellphone in Korea encouraging social distancing, only essential shopping, avoidance of large gatherings, detailed hand-washing instructions, and encouragement to go directly from work to home. Companies are encouraged, but not required, to run staggered work schedules or allow employees to work from home, check workers’ body temperatures every day, and cancel or postpone business trips.

Many other public establishments where people are close to one another are advised to temporarily shut down or disinfect their facilities regularly and require visitors to wear face masks at all times. While these are not requirements, most businesses closed voluntarily.

I bet few businesses in the United States would close because the government recommended it. There have not been protests here. A vaccine is not being discussed. The government pays a weekly stipend based on the cost of living for that location for all those who register for it (and knowing this society, only those that genuinely need it are likely to register).

The military declared a Public Health Emergency, making me, a military spouse, subject to various penalties if I did not comply with their orders. While many things have been restricted, I have always been authorized to visit family and friends in small groups. Shopping off post has been restricted this entire time to essential only.

Korea has an extremely dense population and is the approximate size of Indiana. As of April 28, 2020:

For the past week, with continued, extensive testing and tracking, Korea has only reported single digits of new cases arising from within the country. We get a handful of cases each day from people flying into the country. This is a drastic reduction in new cases.

One misstep could wreak havoc, so we can’t be complacent, but we can finally see a light at the end of a long tunnel. While I am guessing that my days leisurely traveling around Asia will be on hold for a year or longer, Korea will be back to a new normal very soon. The Korean methods to contain the virus would never work in the United States — freedom comes with a cost. 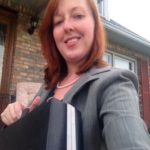 Lindsay Kennedy is a part-time lawyer doing legal research and writing for other attorneys and military wife with two daughters in South Korea.  Lindsay is also the Executive Director of MothersEsquire, Inc.  She supports changes in the legal profession to allow for more non-traditional options so both parents are afforded the opportunity to enjoy their family. You can reach her at LKennedy624@gmail.com.