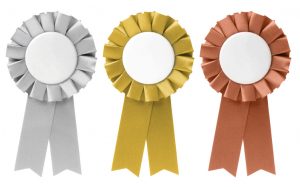 When Professor Orin Kerr publicly lodged his concerns about the latest US News effort to quantify the law school experience by ranking the 1L core curriculum areas, we thought his reticence to join the latest USNWR initiative was both entirely sound and likely to be entirely overlooked by the rest of the academic mutual appreciation society. But it turns out the academic community might be as fed up with wildly proliferating rankings as the rest of us.

Kaplan Test Prep actually took the liberty of polling law schools on yet another proposed new US News effort, the scholarly impact rankings, which would be separate from existing rankings — obviously because why not have more numbers? — and “analyze each law school’s scholarly impact based on a number of accepted indicators that measure its faculty’s productivity and impact using citations, publications and other bibliometric measures.”

While that’s not exactly the same ranking that Professor Kerr discussed earlier in the week, the issues involved overlap because central to Kerr’s complaint was the idea that he could only judge a rival school’s program based on the scholarship of the faculty which may have no informative value to a prospective law student because the most published Crim professor isn’t necessarily the most effective Crim educator. With this scholarship ranking, US News is doubling down on the idea that law review submissions can tell undergrads something about a law school education.

So Kaplan asked schools what they think about these rankings. The results weren’t pretty:

This year, U.S. News & World Report is introducing a new and separate ranking, called its “scholarly impact” ranking. The intent is to analyze each law school’s scholarly impact based on a number of accepted indicators that measure its faculty’s productivity and impact using citations, publications and other bibliometric measures. Do you plan to participate in this additional ranking? (101 law schools answered this question)
Yes: 24%
No: 7%
Not sure: 69%

While there weren’t a lot of no votes, the fact that nearly 70 percent of schools couldn’t be bothered to muster a strong feeling about the effort isn’t encouraging.

But that wasn’t the worst finding of the survey:

Regardless of whether you plan to submit data for it, how much value do you think students should place on this ranking when deciding where to apply and enroll? (99 law schools answered this question.)
High: 2%
Moderate: 33%
Low: 38%
None: 10%
Don’t know: 16%

Oof. Nearly half think the ranking has little to no value for students. Too bad most prospective students don’t get to hear from the law schools before opening the latest rankings and making a life-changing financial decision!

Again, we quibble with the USNWR methodology, but the basic law school rankings provide valuable data for prospective law students. Stick with what works — stop the proliferation of rankings for the sake of rankings.

Earlier: ‘Slap A Number On It, Who Cares?’: The US News Law School Ranking Story