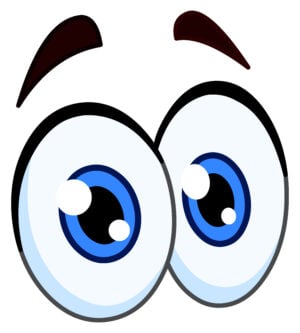 Richard Faulkner is a   former professor at Chapman University School of Law. He worked there from 2007 through 2018, and piloted the academic achievement program. In November, he filed a lawsuit against the school alleging breach of express employment agreement, discrimination on the basis of gender and political affiliation, wrongful constructive discharge, and breach of the covenant of good faith and fair dealing.

According to the complaint, Faulkner’s employment at the law school took a turn for the worse after Matt Parlow became dean in 2016. The complaint alleges Parlow demanded Faulkner work over the summer — despite a 10-month academic employment contract — that Faulkner was micromanaged and harassed; that his role was moved to an administrative one; and that he was relieved of teaching responsibilities. Faulker further alleges that his gender and political believes (as a socialist) were factors in his treatment at the law school.

The complaint’s allegation of reverse gender discrimination revolves around Faulkner’s claim that Parlow systematically replaced experienced male staff with women, who the complaint disturbingly refers to as “pliant”:

In the summer of 2016, Dean Matt Parlow began is tenure as Dean of the Law School. Quickly, it became apparent that he would not tolerate any challenge to his authority either actual or perceived. Also, any staff member who appeared more experienced or knowledgeable than Parlow in any context was quickly marginalized and/or replaced by someone with less experience and a deferential or grateful attitude toward Parlow. If Parlow determined a staff or faculty member was a threat to him or his image in any way, they would be removed and replaced with a younger, pliant female employee unlikely to challenge Parlow.

The complaint also details an example of a woman associate dean being replaced by another woman, though there’s no explanation of how this fits into the alleged scheme of gender discrimination.

To further illustrate the alleged reverse gender discrimination at the law school, the complaint goes on to describe the treatment of two different professors, that plaintiff believes shows discriminatory intent. The complaint alleges a female professor is allowed to keep a photograph of a former student’s testicles on her desk:

The great disparity between the treatment of make and female employees at the law school is best illustrated by the following example. A female faculty member has, in pride of place [sic] on her desk, a picture of testicles of one of her former students. This is widely known among students, faculty and staff alike. At one point, due to a complaint made to the administration, she put the picture of the student’s testicles away in a drawer, but after some time she put the picture back on her desk. There, where she regularly meets with students and other faculty and staff members, sits the picture of a pair of her student’s testicles, and she suffers no consequences. In fact, Parlow gave her a large amount of donor money for her program the second year of his deanship.

There are so many unanswered questions about this. Is the picture an artistic shot? How do people know it was a former student’s testicles? Was the pic sent to the professor unsolicited? Was there a relationship between student and professor? Does the person behind the testicles know about/consent to the display of the photo? Why would anyone decorate with testicles?

The complaint then goes on to compare this situation with a male professor the complaint says was falsely accused of impropriety:

Without knowing the nature of the allegations against the unnamed professor, it is hard to judge the school’s alleged reaction. Was there a difference in the severity of the allegations in this case? Were there multiple accusers in the other cases? And without those additional details the complaint reads like comparing apples and tablecloths. But its still a fascinating read into what is allegedly going on at Chapman.

Speaking of interesting tales to tell, the complaint also alleges that Dean Parlow has reason outside gender and political leanings to act against Faulkner. The complaint alleges Faulkner caught Parlow in a lie. No, it wasn’t some academic issue involved, but a dustup over a student-organized softball game:

In 2008, when Parlow was a Professor at Chapman Law, he and Plaintiff both participated in a student-organized softball tournament. During this tournament, Professor Parlow got into a verbal altercation with another faculty member playing on the opposing team. The altercation very nearly came to blows, and Plaintiff along with several students pulled these two faculty members apart. Plaintiff had anonymously recounted this story to the Dean’s Search Committee as an illustration of his and other faculty members’ concern that Parlow lacked the judgment and temperament to make a suitable dean. When the Dean’s Search Committee asked Parlow about the softball incident, he did not just try to minimize its importance, he flatly denied that it happened. He said that whoever told the story was a liar and suggested it was a false accusation politically motivated to keep him from becoming the dean. The Dean’s Search Committee then asked Plaintiff to publicly recount his story because the anonymous report would not carry the same weight as it would with his name attached to it. The Dean’s Search Committee also warned Plaintiff that if he did come forward and Parlow still became the dean that they believed Parlow would retaliate against him. Nevertheless, Plaintiff publicly told his story and another faculty member independently verified the softball incident by speaking with several people who corroborated Plaintiff’s version of the events. Marlow was ultimately recommended by the faculty as the first choice for the Dean by a two-vote margin in spite of lying about the incident.

All in all, these are some inflammatory allegations that paint a real picture of the law school. Though, it should be noted, the litigation is still in the very early stages.

Chapman University was contacted for this story, but said they were unable to comment on ongoing litigation.

Read the full complaint below.