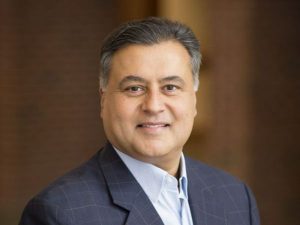 The sordid tale of Jay Kesan, the University of Illinois College of Law professor who was accused of sexual harassment and whose behavior an investigation found violated University policy, enters the latest phase.

For those who may have forgotten the details (and with the onslaught of sexual harassment stories over the last few years, who can blame you), in 2017 the University of Illinois law professor was investigated for allegations of sexual harassment. Kesan was cleared of the sexual harassment, but the investigators found he violated the code of conduct as well as the spirit of the university’s policies prohibiting sexual harassment and sexual misconduct. Due to tenure and being cleared of the sexual harassment proper charge (even though the investigation found “[the] collective evidence gathered during the investigation revealed a pattern and practice by Professor Kesan of engaging female students and junior female colleagues in a manner that he knew or should have known would make them feel uncomfortable and was highly inappropriate for a workplace or academic setting”), initially the consequences for his actions weren’t particularly severe. No one was particularly happy with that outcome, with the students demanding Kesan’s resignation and the faculty — including law school dean Vik Amar — sending a letter to the university protesting the weak sanctions. The backlash was significantly severe that Professor Kesan took a voluntary one-year unpaid leave of absence starting in January 2019. Now that the year is up, it’s time to check in with Kesan.

According to reporting by the Champaign News-Gazette, the law school was informed that Kesan will not be returning to the classroom as expected this semester, and the classes he was scheduled to teach will be led by other members of the faculty:

In an email sent this week to teaching staff and students at the law school, Dean Vikram Amar informed them that as of Wednesday, Jay Kesan will be on a “university sanctioned leave” and will not teach.

Attempts to contact Amar and Kesan to explain what that means were unsuccessful. UI spokeswoman Robin Kaler declined to answer questions about it.

The brief email merely informed recipients that the two courses Kesan was slated to teach for the spring 2020 semester — intellectual property transactions and cybersecurity law and policy — would be taught by other faculty members.

There’s no word on whether Kesan ever intends to return to law school teaching duties.