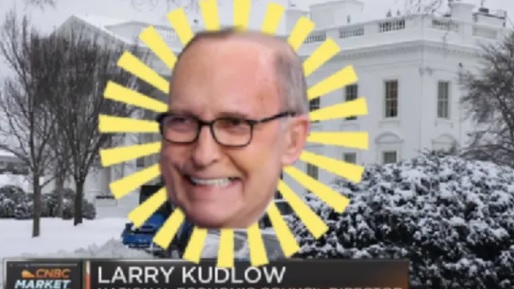 Like all members of the Trump administration, Larry Kudlow is well-practiced at saying things at stark variance with reality. So you might expect some pretty spectacular social distancing from reality in the face of things like Ben Bernanke’s optimistic estimate that U.S. GDP will drop by a mere 30%, David Kostin saying stocks still might have 25% to fall, fears about how we’ll ever restart the economy, and widespread acknowledgement that we’re deeply mired in an economic contraction from old Kuddles. So, I guess, uh, credit where credit’s due?

While Kudlow doesn’t see the situation improving immediately, he says conditions may get better in the next four to eight weeks.