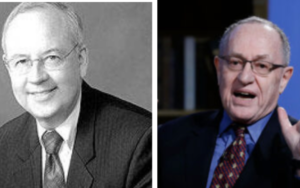 Just in time for the Senate impeachment trial, the White House has announced its dream team of Trump defenders. Let’s meet this motley crew of legal eagles!

Quarterback Pat Cipollone, current White House Counsel, will reprise his role from the House impeachment hearings. If history is any guide, he’ll confine himself to shouting “Congressional oversight is ILLEGAL!” in response to any and all questions. You pay his salary.

Heading up the defensive line we have Jay Sekulow, the president’s private attorney. This one’s a wild card, since he appears to have facilitated the pressure campaign on Ukrainian President Volodymr Zelensky in concert with Rudy Giuliani and Lev Parnas, and so may be called as a witness. 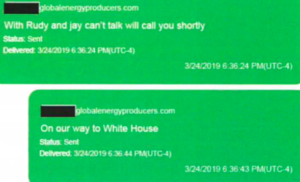 Next up is Alan Dershowitz, author of the recent book “The Case Against Impeaching Trump” which claims that colluding with a foreign government against the interests of the United States is not illegal. His theories on Supreme Court intervention in impeachment may be questionable, but one thing is for sure: He absolutely, positively kept his underpants on when he got that massage at Jeffery Epstein’s house.

Impeachment buffs will remember veteran Independent Counsel Ken Starr, who’s been at the game longer than anybody. At his last at-bat, he exposed President Clinton’s penis. But of late he’s become a lot more squeamish. In 2016, Starr resigned as president of Baylor University after the school was found to have systemically failed to address sexual assaults on students. And his current position is that, while lying about sex is definitely impeachable, using congressionally-allocated foreign aid to extort a criminal investigation of your political opponent is “defining impeachment down” in a shocking miscarriage of justice.

Jane Raskin, the quiet one, is an experienced federal practitioner from Florida who successfully steered Trump through the Mueller investigation. And she managed it all without weekly appearances on Fox News. How does she even do it?

Bringing up the rear is former Florida Attorney General Pam Bondi, an adept multitasker who occasionally moonlighted as a Fox host while serving as chief lawyer of the Sunshine State. After receiving an illegal campaign donation from Donald Trump’s charitable foundation, she dropped an enforcement action against Trump University and became one of his staunchest defenders. She’s now employed at the White House as a “special government employee” whose impeachment job is to “attack the process.” You pay her salary, too!

CNN reports that the entire cast will have a speaking role in next week’s impeachment hearings, which may put a crimp in Mitch McConnell’s plans for a dignified, serious process. But let’s keep it PG, kids! In the people’s house, everybody wears pants. (Sorry, Dersh.)