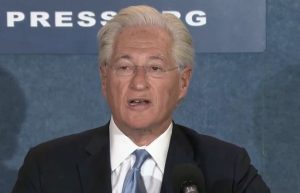 Marc Kasowitz had an altogether disastrous 2017, but things have been fairly quiet ever since he stepped back from Russiagate and handed the role of “ostensible lawyer spewing wild nonsense” job over to Rudy Giuliani.

But last week, Kasowitz got sued by not one but TWICE. The two lawsuits, one in Texas and one in California, may be entirely independent but they have a lot in common. In both suits, a diverse former partner alleges that the firm stiffed him on pay before firing him. Both even allege that the firm was paying them on the same deficient scale.

The first suit was brought by Kyung Lee, who joined the firm’s Houston restructuring practice in 2018. According to the complaint, the firm agreed to a $550K in annual comp for Lee’s first year on the job and then proceeded to pay him $20K/month — on target for $240K/year. When Lee asked for the remaining $310K, he claims that was told on October 15, 2019 that the firm would take a $51K offset and would pay him “$125,000 today” which doesn’t add up. He says that Kasowitz responded soon afterward by making “false allegations.” On October 16, he received the $125K and on October 17 he complained that he felt as though punitive actions were being taken against him. On October 18, he was fired. Lee noted that this was done without a proper vote of the firm’s Executive Committee.

In the second suit, San Francisco white collar partner David Fermino, a gay African-American attorney, alleges a number of discriminatory incidents from his time at the firm. Not to downplay the seriousness of those allegations, let’s focus on the compensation issues because that’s where the two suits come together. Fermino, who joined Kasowitz in 2017, alleges that the firm promised him an annual salary of $400K. You’ll never believe what Fermino alleges happened next:

Between Plaintiff’s start date and December 2017, Kasowitz paid Plaintiff a salary of $20,000 per month, or $240,000 on an annualized basis, substantially less than his agreed upon compensation.

I guess $20K/month is a magic number! Fermino says the firm made a partial payment of the deficiency in January 2018 before reducing monthly compensation to $10K in April and later to $9K. Fermino then claims that Kasowitz made “false and defamatory statements” about him to others in the legal community before terminating him unilaterally… without the proper vote of the firm’s Executive Committee.

For its part, the firm informed Texas Lawyer that “Kyung Lee’s allegations are false, and his claims are unfounded.” The firm has yet to make a specific statement on Fermino’s claims.

These are two cases to keep an eye on.

(Check out the full complaints on the next two pages…)