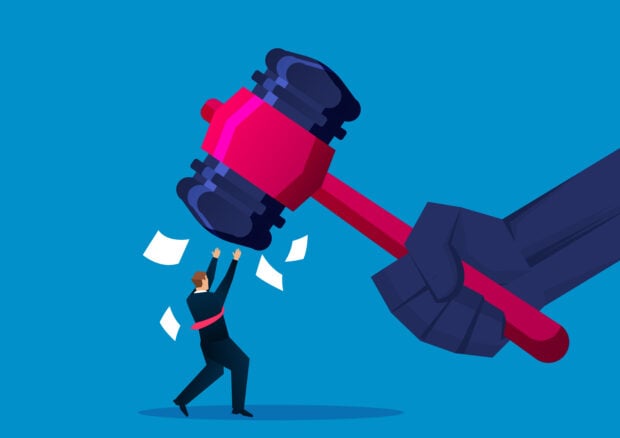 Earlier this week, a federal judge in Massachusetts essentially shrugged his shoulders when Customs and Border Patrol defied a court order and deported a student it had detained. At the time, we noted that this did a disservice to the federal judiciary and constitutional order, essentially signaling to the government that there will be no repercussions for wantonly disregarding Article III judges.

Judge Frank Easterbrook is not willing to let the government continue to run train on the federal courts.

In the case of Jorge Baez-Sanchez v. Barr, an undocumented migrant with a past battery conviction hoped to put a stop to his removal by applying for a U visa, which allows an admissible immigrant remain in the country if they themselves have been victims of crime in the United States. Given his prior conviction he was ineligible to apply for the U visa, but the applicable statute allows the Attorney General to grant a “waiver of inadmissibility” which would allow him to apply. An immigration judge granted this waiver because immigration judges exercise the powers of the Attorney General per existing regulations. The Board of Immigration Appeals disagreed. The Seventh Circuit took the immigration judge’s side and asked the BIA to address a few other ancillary concerns.

The BIA responded that based on a letter William Barr wrote, they had decided that the Seventh Circuit was wrong. This is where Judge Stearns might say, “welp, they never listen to me.” Judge Easterbrook opts for a different path:

What happened next beggars belief. The Board of Immigration Appeals wrote, on the basis of a footnote in a letter the Attorney General issued after our opinion, that our decision is incorrect…. The Board did not rely on any statute, regulation, or reorganization plan transferring the waiver power under §1182(d)(3)(A)(ii) from the Attorney General to the Secretary.

It’s fair to say that the guy who is arguably federal judiciary’s most textualist jurist was less than pleased that the Board of Immigration Appeals made a decision based on a footnote in a letter instead of, you know, a statute. But that disappointment doesn’t approach his outrage to learn that the Seventh Circuit’s express order was ignored:

The Board seemed to think that we had issued an advisory opinion, and that faced with a conflict between our views and those of the Attorney General it should follow the latter. Yet it should not be necessary to remind the Board, all of whose members are lawyers, that the “judicial Power” under Article III of the Constitution is one to make conclusive decisions, not subject to disapproval or revision by another branch of government.

Hopefully this will be covered in their next CLE.

We have never before encountered defiance of a remand order, and we hope never to see it again. Members of the Board must count themselves lucky that Baez-Sanchez has not asked us to hold them in contempt, with all the consequences that possibility entails.

Yes! This behavior is contemptuous! While few would fault Judge Easterbrook leveling some sanctions sua sponte, his anger jumps off the page. And even if he’s not asking marshals to start throwing lawyers in jail, he’s fully cognizant that without some kind of sanction, the government can let this roll off its back. So when the government asks for the case to be remanded again for a ruling that doesn’t spit on the Seventh Circuit:

Yet we have already remanded, only to be met by obduracy…. Another remand would do little beside give the Board a free pass for its effrontery, while delaying the alien’s entitlement to a final decision. That’s not the goal of the remand rule. Baez-Sanchez has waited long enough…. The petition for review is granted, and the Board’s deci- sion is vacated. This leaves the immigration judge’s decision in force. The Executive Branch must honor that decision, which grants Baez-Sanchez a waiver of inadmissibility so that he may seek a U visa from the Department of Homeland Security.

That, by the way, is how a federal judge should respond when the government tries to take advantage of a coequal branch.

(Full opinion on the next page…)

Earlier: Administration Takes A Dump On Federal Court Order, Judge Responds With ‘Aw, You Got Us!’