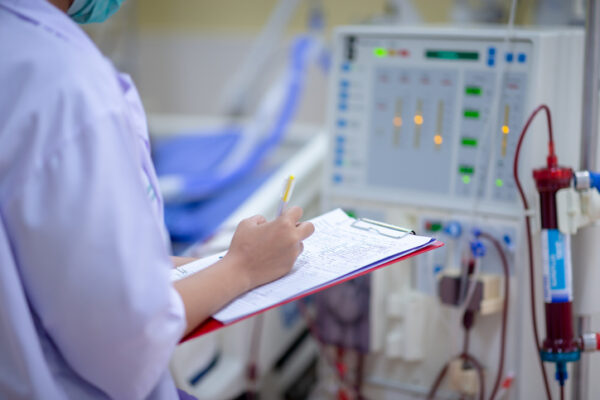 A federal judge blocked a California law that would have blocked dialysis clinics from steering patients to commercial insurance plans.

Judge David Carter granted a preliminary injunction against the new law on Monday, just two days before it would go into effect. In his ruling, Carter wrote that thousands of Californians who receive grants to cover their premiums would “face potentially life-threatening disruptions in treatment and displacement from transplant waiting lists.”

Assembly Bill 290, which California Governor Gavin Newsom signed into law in October, would limit the amount of reimbursement dialysis clinics could receive from patients that get premium assistance from outside organizations. The bill was intended to temper rising costs by preventing dialysis clinics from steering patients to commercial insurance plans, which provide higher reimbursement rates than government programs.

Encouraging patients to enroll in commercial insurance coverage may result in “unjust enrichment of the financially interested provider,” the bill stated, and may result in disruptions in coverage.

In its annual financial statement, dialysis giant DaVita noted that the bill would have an adverse effect on its business, if passed. It also said the bill could affect negotiations with commercial payers.

Dialysis clinics and nonprofits have faced scrutiny over reimbursement in the past. A past lawsuit filed by UnitedHealthcare in 2016 accused American Renal Associates of fraudulent billing by pushing patients out of government health plans into private plans. The dialysis company later agreed to settle for $32 million.

A recently unsealed whistleblower lawsuit alleged that the American Kidney Fund provided financial aid to patients of its two biggest donors, DaVita and Fresenius, while denying aid to patients at other clinics. The complaint was filed by a former employee in 2016. The Department of Justice decided not to pursue the case.

In the complaint, the nonprofits said grants for private insurance were an “indispensable component” for patients with end-stage renal disease, helping fill a gap for patients that are not eligible for Medicare or Medi-Cal. They noted that Medicare part B pays just 80% of a patient’s total costs.

In his ruling, Carter determined that California didn’t provide enough evidence to establish that patients were being steered into other plans. Additionally, if the American Kidney Fund withdrew its HIPP program, he wrote, “…thousands of California HIPP recipients—who number among the poorest and most medically vulnerable of all Californians—may not be able to afford the dialysis treatments that keep them alive (or may be forced to dedicate all of their scant financial resources to medical care) and may face further delays in receiving a transplant.”

The case, Doe v. Becerra, was filed in the U.S. District Court for the Central District of California.

Correction: This story has been updated to reflect that the whistleblower lawsuit against the American Kidney Fund was filed in 2016. It was unsealed in August of 2019.