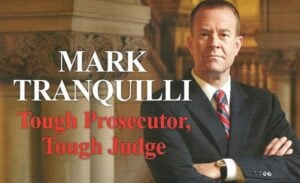 Working at Above the Law, you hear about a lot of questionable behavior from people with J.D.s. But rarely do I have as vocal a reaction as I did when I read what Allegheny County, Pennsylvania Common Pleas Judge Mark Tranquilli allegedly called a juror. Maybe it was the shock of hearing the quiet (racist) part out loud, or some lingering old-fashioned notion that judges are supposed to have decorum, but the truth is, the story has me shook.

According to written complaints filed by both Assistant District Attorney Ted Dutkowski and defense lawyer Joe Otte, who were both reportedly deeply disturbed by the incident, Tranquilli repeatedly called a juror “Aunt Jemima” in his chambers — since apparently his exposure to black people has never gone deeper than instant rice and syrup. The comments, made after the acquittal of a defendant on drug charges, pinned the “blame” for the verdict on the ADA for allowing a black woman on the jury. As CBS Pittsburgh reports:

In chambers, Tranquilli questioned the assistant DA about why he had not moved to strike or block a black woman juror during jury selection weeks before.

“You weren’t out of strikes when you decided to put Aunt Jemima on the jury,” Tranquilli is alleged to say.

The document alleges Tranquilli said of the woman who had her hair in a headdress, “As soon as she sat down, she crossed her arms and looked like this.”

Dutokwski said the judge then crossed his arms and scowled, then continued: “You know darn well that when she goes home to her baby daddy, he’s probably slinging heroin too.”

As a result of these allegations of racism, Tranquilli was reassigned to administrative tasks. At least there, exposure to his alleged racism will be limited.

While that is clearly a step in the right direction, the Pittsburgh chapter of the NAACP wants more severe consequences:

“We urge the Judicial Conduct Board to conduct a full, transparent, and through investigation into Tranquilli, and impose appropriate sanctions, including, but not limited to his suspension and removal from the bench,” reads a statement from Pittsburgh’s NAACP. “Furthermore, we call for the Pennsylvania Attorney General to review Tranquilli’s record as an assistant district attorney for potential racially motivated misconduct.”

The statement went on to note that faith in the administration of justice is eroded when mouthpieces for racist beliefs sit in judgment of others:

“Justice has never been meted out equally for African Americans in this country, yet there is a long standing prohibition on excluding jurors based on race,” reads Pittsburgh’s NAACP statement. “Tranquilli openly yearned for a time before that prohibition was in effect, where the color of a juror’s skin was grounds for exclusion. There can be no fair administration of justice, when judges who are to be held to the highest of ethical standards display racist views.”

Tranquilli was elected to the bench in 2013 on a “tough on crime” platform.