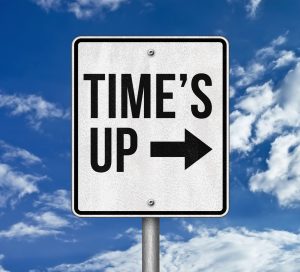 Mark Herrmann’s most recent post about how to succeed as a lawyer by not being a damn fool was music to my ears as a former in-house counsel. A-ha! Here is a topic that, no matter how many times in-house counsel tries to tell outside counsel about the importance of deadlines, they almost always fall on deaf ears. (Of course, you don’t mean me, do you?) Why is that?

Contrary to public (e.g. nonlawyer) opinion, lawyers are not paid by the word. If that’s the case, then why is it so hard for lawyers to write concisely and simply? Why is it so hard for outside counsel to follow the directions of in-house counsel and provide her with what she needs and not a treatise? The client hollers at the cost of getting something that is unusable and doesn’t answer the client’s questions. I know why. Being easily understandable would force the outside counsel to opine. We pay for your opinion.

Have you ever considered that the failure to follow the directions of in-house counsel makes her look bad and thus you as well? Think about that before you write a screed that is too long and not read. And don’t forget to consider how your precious billable time is going to get whacked because the pleading or agreement was too long, not read, and thus, essentially useless.

Some outside counsel seem to think that in-house lawyers have nothing to do but wait for your draft. Au contraire. We are useful, not decorative. While you polish that draft to a sparkling shine, inside counsel is putting out fires, practicing preventive law, and cutting outside fees, so that the client doesn’t face outrageous bills. When we say we want a draft by X date and time, that’s not a suggestion. That’s a deadline so that the draft can be reviewed internally, commented upon, and returned in a timely fashion.

Deadlines are imperative in litigation filings as well. If the court won’t accept a late-filed document, why should in-house counsel be expected to drop everything to review a draft of a summary judgment motion that is due that very afternoon? Really, you’re kidding, right? And people talk about stress on outside lawyers, imagine the stress of in-house lawyers who are juggling caseloads that are way beyond the comprehension of mere mortal outside lawyers. How can outside counsel afford to be so cavalier about these kinds of deadlines? You tell me.

I have found that it’s no different as a mediator asking lawyers to file briefs so that I have time to read them (always a good idea before the mediation) and understand them, writing down questions for points that I don’t understand. I ask for briefs at least a few days in advance and then, hopefully, clear up my confusion in a premediation phone call.

May I tell you how many times I have not received briefs until midnight of the day before the mediation? Am I allowed to get any sleep? Do I read briefs while on the toilet? Deadlines seem to be flexible to everyone but me.

Not only does this practice show an appalling lack of courtesy for the mediator’s time, especially if the mediator is doing this pro bono, it also displays an appalling lack of attention management. You can’t just attach as exhibits voluminous motions and discovery responses and submit them all by 11:59 p.m. the day before the mediation and expect the mediator to be fully conversant by 9 a.m. the next day. How do you spell laziness?

(I know, I know, there are in-house counsel who don’t assign work to outside counsel on a timely basis and set unrealistic, unworkable deadlines. A topic for another column. Remind me.)

In an article in the New York Times last year, Adam Grant, an organizational psychologist, says that productivity is not an issue of time management, but rather the issue is attention management. I think he’s right.  How many times have we been told to “pay attention,” both as kids and adults? It’s human nature to want to pay attention to what interests us, but we don’t always get to do that.

Grant defines attention management as “prioritizing the people and the projects that matter, and it won’t matter how long anything takes.” It’s the “art of focusing on getting things done for the right reasons, in the right places and at the right moments.” Easier said than done when the project that is due is drudgery, such as responding to discovery, filing a motion to compel, or similar root canal-like tasks. But they must be done and on time, so guess who gets the least amount of time to review and comment? Good guess.

We need it when we need it. Few in-house counsel live to torture outside counsel; okay, maybe a few do. Apologies for tardiness by outside counsel are useless. We lawyers often wait until the last minute to submit whatever it may be because the particular project is so tedious that you want to stick a fork in it.