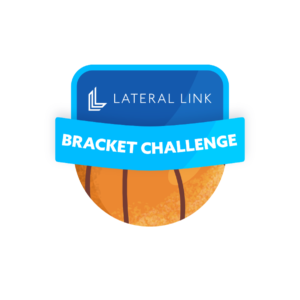 With the men’s college basketball tournament approaching, we are inviting our clients and candidates to join Lateral Link’s bracket challenge for a chance to win $5,000. Entry is free, all you have to do is register on Lateral Link, follow us on LinkedIn, and fill out your bracket. Before practicing at Am Law 200 firms, most of our recruiters attended top law schools, and had the chance to witness the trials and tribulations of their school’s team firsthand. Here are their thoughts on their school’s chances in the upcoming tournament.

When I came to Ohio State, the basketball program was fresh off NCAA sanctions under the previous head coach. Over the next decade-plus, Thad Matta revitalized the program, leading them to five conference crowns, four conference tournament titles, two final fours, and an NIT title. Current head coach Chris Holtmann has brought the program back the past three seasons and currently has them ranked in the top 20. The boys are poised for a run this March, so the Buckeyes are my sleeper pick!

In 2018, my two alma maters squared off in the Final Four. I have enjoyed seeing the recent success of both programs and am particularly excited about Juan Howard being Michigan’s coach. He is an outstanding leader and next year’s recruiting class is stacked. Go Blue!

Florida was never a basketball school. At least until winning back-to-back NCAA championships in ’06-’07. Being on campus for that incredible run made winning seem easy and we’re living and breathing off that feeling to this day. With only a championship able to quench that thirst, I’m hoping for a miracle run with our hot and cold team this March Madness.

I started at the University of Florida right after their Final Four run in 1993. Coach Billy Donovan took over soon thereafter and really put Florida basketball on the map. Since that time, they made history with back-to-back championships with arguably one of the best college basketball teams in recent memory, and Gator fans have grown accustomed to deep tournament runs. Although inconsistent as of late, they are not a team to be taken lightly come every March.

Michigan basketball keeps me afloat during the, shall we say, somewhat lean football years as of late. Two final fours and an elite 8 in the last seven years is solid. Let’s see if we can make another deep run this year.

I am probably the one person in America who does not follow March Madness, so I’m afraid I don’t have much to say about Harvard — and given their history in the tournament, I don’t think there’s much to be said. I’ll just quote the Harvard Lampoon from 2013, when the Crimson did surprisingly well: “America, we are sorry for messing up your brackets and also your financial system and everything else.”