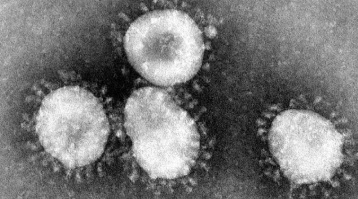 Italy’s little coronavirus problem may be a bit more pressing at the moment, but in terms of longevity it’s got nothing on the country’s banks. Indeed, it’s fair to say that Italian banks have been in some kind of crisis or other since the fall of the Medici, and one that’s been particularly acute since the global financial crisis. Recently, however, there has been some evidence that at least the critical phase had passed. Still, these are Italian banks, and as such remain vulnerable to relapse in case of political instability, economic difficulties or a particularly virulent cold shutting down the entire country.

“It’s likely that banks will need to be rescued,” said Nicola Borri, a finance professor at Luiss, a university in Rome. “The economy has basically been stopped. We are probably going to see massive defaults. Clearly, Italian banks will be badly hit.”

And while Italy’s transalpine partners may be more willing to countenance some help to the ailing sector during a pandemic, those banks shouldn’t expect the days of drinks and women on Tante Angela’s dime to return.

European officials have long portrayed Italy as an irresponsible citizen that has enabled banks to lend recklessly to avoid the humiliation and pain of consigning uncompetitive companies to bankruptcy. Europe has used crises as a means of imposing harsh medicine. It might condition a rescue on Italian banks limiting their lending as they work to rebuild their stocks of capital…. “That can prolong or deepen the recession,” Mr. Borri said. “More than a concern for the default of the banks, I’m concerned about the consequences that weak banks have on the economy.”

A New Hurt in Italy From the Coronavirus: A Banking Crisis [NYT]