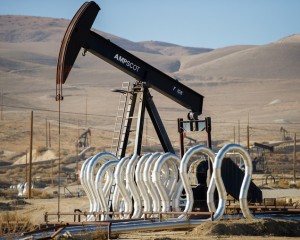 On July 1, California’s gas excise tax will increase from 51 cents to 53.9 cents per gallon. Considering that Americans are paying the highest gas prices in recent memory, this would be a bad time for an increase. But the law was passed several years ago when gas prices were less expensive, and lawmakers at the time did not anticipate COVID, inflation, and Russia’s invasion of Ukraine. Adding this to the federal gas tax of 18.3 cents per gallon, Californians are paying an average of 72.2 cents per gallon.

In light of this, the federal and state governments are contemplating temporarily suspending the fuel excise tax, commonly known as a gas tax holiday. Proponents claim that it will help ease the burden at the pump, particularly for lower-income individuals and families. It could also curb inflation because businesses will reduce prices which were necessarily raised to cover their own fuel costs.

But will a gas tax holiday work? It would help to look at this from both a theoretical and a practical perspective.

Theoretically, assuming the gas tax savings is fully passed on to the end user at the gas station, the savings might not be that high. In states that only have the federal gas tax, a car with a 15-gallon tank will save $2.75 on a fill up. In California, with its per-gallon tax of 72.2 cents, motorists will save $10.83 per fill up, assuming there are both federal and state gas tax holidays in place. While the savings are more noticeable, it should be noted that California also has a higher cost of living.

And while the savings will not be great on an individual level, the federal and state governments will suffer massive tax revenue losses that were specifically directed towards highway and road maintenance. The federal gas taxes replenish the Highway Trust Fund, which is already in danger of insolvency.

The main beneficiaries of the gas tax holiday will be those who drive cars with poor gas mileage. This would not be a good look for the Biden administration and the Democrats, who are supposed to care more about climate change and reducing dependence on the corporations, cartels, and oligarchs that make vast profits from oil.

From a practical perspective, if the tax holiday is in place, will the tax savings pass to the consumer? It is highly doubtful that the federal and state governments will monitor every gas station, wholesaler, and refiner to make sure that prices are lowered to reflect the tax holiday. So private businesses will make the decision to pass on the savings. This can get complicated, and businesses might be tempted to pocket the savings for themselves.

For example, assuming a gas station withholds and pays the fuel taxes, the level of competition in the area will determine whether the gas tax holiday will be passed to motorists. There will likely be lower gas prices in a city that has many gas stations close together. But the lone gas station located in a remote area 40 miles away from the nearest city will have no incentive to honor the tax holiday.

Assuming the gas tax holidays lowers prices, this can create a dependency in a time of inflation, especially if the holiday lasts a long time. People will complain on social media and demand an extension on the gas holiday or for it to be made permanent. Otherwise, they will threaten to stay home at the next election, which can result in a political liability.

In the final analysis, suspending the gas tax is a bad idea. There is no guarantee that the tax savings will pass on to the average person. And the savings to individuals will be minimal at best while costing the government greatly. The good news is that gas price spikes are temporary, and prices will likely go down in the future. In the meantime, this will force more people to take a serious look at electric vehicles and, hopefully, automakers will respond with new models at affordable price points.