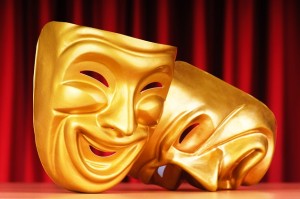 Here in America, the major coronavirus lockdowns have been in place for well over a month. If you want to keep yourself from going all Jack Nicholson in The Shining, there are only two ways to escape: mentally or physically.

Fortunately, I live in a state in which the middle of nowhere is only a short drive away and the governor has explicitly exempted hiking, hunting, and fishing from the list of prohibited activities. So, we packed a picnic lunch, loaded the teenager and the dog into the car, and squished through a delightfully filthy hike on a remote stretch of riverside mud. We hardly encountered another soul.

It’s the drive that’s always a bit of a challenge though. You walk a fine line with a teen in the car. If you do things exactly right, you can just barely manage to find the sweet spot between being trapped in a tiny glass box with a sullen nightmare and having to listen to the same five pop songs in a never-ending loop.

We were covered on the way there: there was some kind of Blackfeet Tribe cultural audiobook she had to listen to for school. When we reached the end of that on the way home though, after a few minutes of talking, we were veering dangerously close to a bunch of candy-coated pop beats invading my old-man ears.

But then, like an oasis shimmering on the horizon as you trudge through the desert, somehow Jim Jefferies’ gun control routine came up in our conversation. I glanced away from the road for an instant, just long enough to silently confirm with my girlfriend that we’d reached that special moment in a young woman’s life: when she is ready to be introduced to the comedy of Jim Jefferies.

Jim got through his gun control routine to wild laughter from all vehicle occupants. We watched his Freedumb special on Netflix when we got home. A few days later, I walked by the closed door of our teen’s room to hear the purr of Jim’s Australian accent emanating therefrom. She was watching Jim Jefferies on her own. I felt a swell of pride.

The girlfriend and I had been to a Jim Jefferies show about a year prior in which he berated an audience member near the front as a bad parent for bringing her teenager to his show, to the general amusement of all assembled. That could be us now!

Before the coronavirus pandemic ruined everything that brings us joy in life, I’d been planning to see Jim Jefferies perform on May 1 with my girlfriend (sans dependent) on the way to Chicago. That obviously isn’t happening anymore. But I kind of like how things came full circle for us with Jim during the coronavirus lockdown. Not only have we been watching Jim Jefferies as a family, we’ve gotten endless hours of additional entertainment and bonding time reminiscing about his routines and shouting portions of key jokes at one another (“Thanks, Jonathan!”). Now, when things reopen, we can all go see a Jim Jefferies show together.

So, if you’re looking for a way to connect with your teen during what are hopefully the final days of this lockdown, and if you’d like to escape into laughter from the shit that is the world right now, turn on some Jim Jefferies stand-up. Should you feel bad about enjoying Jim’s many vulgar rants, just paper over your shame with the veneer of respectability Jim’s achieved. Heck, his gun control routine has supposedly even been tapped as a teaching aid at some top-tier law schools.

Jim Jefferies has three specials available on Netflix at the moment (I’d start with Bare), or you can peruse several options available on Amazon for a few bucks each. You’re not going to get a better value for your lockdown entertainment dollar than that. And this is the one and only warning you’ll get from me about Jim Jefferies: if you’re offended by naughty language or just about anything else, don’t bother, you won’t like his material. Let’s just say that the next time our household teen does something foolish and gets in trouble, she’s got a get out of jail free card coming from me if her response is, “If you’re a dumb ****, and your wife or your husband is a dumb ****, guess what your f**king kids are.”