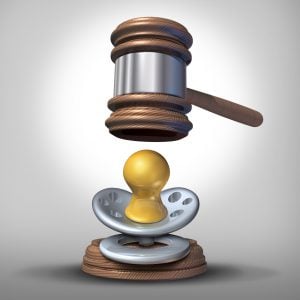 “Fertility fraud” or “insemination fraud” is a newly developing area of law that — unfortunately — has become more prominent with the rising popularity of home DNA kits. Apparently, a lot of fertility doctors treated their patients with their own sperm, and only recently got busted for their heinous misconduct. In some of these cases, doctors even used their own sperm in place of a husband’s potentially viable sperm, meaning that the doctor caused a child to not be genetically related to their legal father.

To date, courts have struggled with how to handle these cases and how to let a jury weigh damages, if any. Can the child bring a medical practice claim years after the offending act? Is it a “wrongful life” or “wrongful pregnancy” lawsuit? Is there a “pain and suffering” component to not being related to your legal parent? These are tough questions for any jurist. However, a recent court order has opened at least one potential path for victims of this misconduct.

Judge David C. Nye of the United States District Court for the District of Idaho — who was first nominated by President Barack Obama and then renominated by President Donald Trump and confirmed in 2017 — has been doing his reading. In ruling on a number of motions in an insemination fraud case before him, Nye quoted heavily from the writings of Professor Jody Madeira, an insemination fraud expert and friend of this column. For example, Nye echoed Madeira’s description of the intrinsic violations committed by doctors against their patients.

Regular readers of this column may recall the case of Kelli Rowlette and her, and her parents’, shocking lawsuit against Idaho doctor Gerald Mortimer. Forty years ago, in order to conceive, Rowlette’s parents Sally Ashby and Howard Fowler sought Mortimer’s assistance. After failed inseminations, Mortimer recommended that he mix anonymous sperm together with Fowler’s in order to increase the chances of conception (not a “procedure” that is currently done, but it was, apparently, a thing back in the day). The couple agreed after being reassured that the anonymous donor sperm would be from a college student resembling Fowler. The procedure worked, and the couple was overjoyed to give birth to their daughter.

Decades later, Rowlette took a home DNA kit and was surprised to see her results come back indicating that a Gerald Mortimer was her father. Not recognizing the name, she believed her parents when they said it must be a mistake in the test. The parents, however, were secretly horrified and did not want to devastate their daughter with the truth they were just now realizing –- their doctor had used his own sperm to inseminate Ashby, and it was their doctor who was Rowlette’s genetic father.

A few months later, when Rowlette came across a copy of her birth certificate listing Mortimer as the delivering doctor, she remembered the name, and she knew the DNA test results were not a mistake.

Rowlette and her parents brought a lawsuit against Mortimer, alleging medical malpractice, among other causes of action. Unfortunately, like other lawsuits in the arena of insemination fraud, the case has experienced a rocky road. In fact, the court dismissed Rowlette herself from the case, ruling that she “was never a patient of Dr. Mortimer’s with respect to the alleged misconduct that took place before she was born” and therefore the doctor did not breach any duty of care to her. However, the case was allowed to continue as to the parents Ashby and Fowler, specifically as to the medical malpractice claims.

The Court Starts To Get It. Finally.

In February, Nye ruled on a number of significant motions for the case, including Mortimer’s motion for summary judgment — claiming plaintiffs lacked the elements of causation and damages for their claim — and Ashby and Fowler’s motion to amend their complaint to include a request for punitive damages.

In a win for insemination fraud cases generally, the judge ruled in favor of the plaintiffs on multiple counts, denying Mortimer’s motion for summary judgement and granting the plaintiffs’ request to include a request for punitive damages.

Mortimer had contended that the plaintiffs’ claims must be dismissed because they cannot show causation between Mortimer’s malpractice and the damages suffered by his former clients. This was despite admitting in deposition that Mortimer knew that what he did was wrong, and that he understood why his actions would cause emotional distress. But Mortimer’s counsel argued that it would have been impossible for Mortimer to foresee the damages, because he could not have foreseen how he was caught -– “through the internet and through DNA matching, two technologies that were incomprehensible during the relevant time period.” In a laughable moment of the 51-page order, the court points out that there is “obviously a distinction” between understanding one’s conduct could cause harm, and foreseeing being caught. That’s a third-degree burn.

Yes To Punitive Damages Despite Claim of Good Intentions.

In another enjoyable part of the order, the court shut down Mortimer’s argument against the plaintiffs’ addition of punitive damages because “the evidence in the record indicates Dr. Mortimer’s intentions were to do good.” The court quoted from Madeira’s writings again to point to a sinister flaw in this reasoning. “It is particularly despicable when such unscrupulous physicians — like other predators — use patients’ ‘desperation’ as an excuse for illicit inseminations … These are the same defenses that misogynists proffer to justify sexual harassment (‘She needed the attention!’ ‘She was asking for it!’), or when abusers blame victims and present themselves as the injured parties. These assertions hijack vulnerability and commonly reinjure those who are already suffering.”

Catching up with Madeira by email she added, “This latest order exhibits sound legal — and emotional — sense, and it bodes well for the plaintiff parents that Nye eviscerated Mortimer’s self-serving arguments. Mortimer’s motion for summary judgment had to twist the law to fit the bad facts — and I find it especially ironic to read because he’s the only one in the gallery of deceptive doctors to actually put his own DNA up on an internet testing service.” Wow. Bold.

While this case has a way to go before Ashby, Fowler, and Rowlette can feel that our justice system has truly recognized the wrong they suffered, the latest ruling is a positive step. Congrats to the family on winning this battle and to Madeira for her work getting the judicial acknowledgment it deserves.