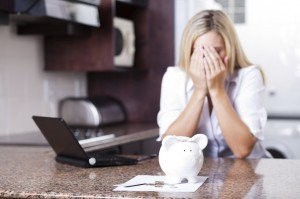 A new report from the Institute on Taxation and Economic Policy has been getting a lot of attention. The report found that for 2018, the first year in which Trump’s signature Tax Cuts and Jobs Act was in effect, 91 profitable Fortune 500 companies paid no income taxes at all. None. Furthermore, across all 379 of the profitable Fortune 500 companies, the average effective tax rate was only 11.3 percent.

Of course, lowering the overall corporate tax rate to 21 percent does not explain how so many very large and very profitable companies got to 11.3 percent, or to zero percent. Turns out Trump’s corporate tax rate is a flat tax only in the sense that a slice of Swiss cheese is flat. While the rate doesn’t go above 21 percent, it is riddled with loopholes inserted by corporate lobbyists. These loopholes — “tax breaks” as they are more diplomatically referred to in the ITEP report — allow companies with savvy lawyers and lobbyists to avoid taxes by writing off more for a variety of things, from luxury automobiles to bicycle commuting reimbursements. According to the ITEP, had the 379 profitable Fortune 500 companies actually paid the full 21 percent rate without taking advantage of loopholes, they would have collectively paid income taxes totaling $161 billion for 2018, rather than the $86.8 billion they actually paid. The savings corporations realized by building the loopholes into Trump’s tax law appear to have been well worth the $6 billion spent annually on lobbying. (In addition to lobbying, corporations also spend directly on federal elections, to the tune of $2.6 billion in 2018.)

The relative tax rates of corporations and individuals are interesting, and relevant. But examining the rates for individuals versus corporations is not necessarily an apples-to-apples comparison. The raw amount of total tax dollars collected might give a more complete basis for comparison, and looking at that total, the systemic corporate tax dodge that is the Tax Cuts and Jobs Act can clearly be seen as coming at the expense of all the rest of us (actual people).

The Office of Management and Budget publishes an annual summary of federal government receipts by source going all the way back to 1934. For 2018, the federal government took in a total of $204.733 billion in income taxes from corporations — no small sum. Yet, it pales in comparison to the amount of income taxes collected from flesh-and-blood human beings: $1,683.538 billion. In 2018, you and I and all of our friends and relatives collectively paid more than eight times the total U.S. income tax paid by all the Targets and Walmarts and Raytheons of the world.

But it sure seems like corporations should be footing a little more than an eighth of what we’re all paying. And anyone who says Trump’s Tax Cuts and Jobs Act was anything more than a corporate giveaway at the expense of human taxpayers hasn’t spent the time that I have going through OMB spreadsheets.