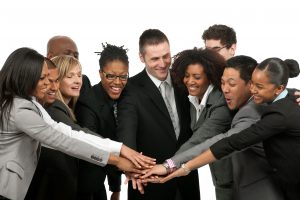 Barely into February, I have already this year attended three conferences purportedly about innovation in law. I started in January in Portland, Ore., with the Legal Services Corporation’s Innovations in Technology conference, then hit two last week in New York: the venerable Legalweek, presented by ALM, and the second Inspire.Legal, presented by the New York Legal Tech Meetup and New York Law School.

About this time last year, after attending the same two New York conferences, I wrote a column here, Legal Tech For The Legal Elite: Observations Of Two Conferences, in which I bemoaned legal tech conferences “dedicated to the 10 percent in law who make up big firms and big corporations” and wondered “how legal tech and innovation became the domain of the legal elite, and how true change will come about in law without more voices at the table.”

As I noted in that column, the two New York conferences are very different. Legalweek is the rebranded version of Legaltech, a show presented annually since 1982, where buyers of legal technology go to shop for products and attend educational sessions. Inspire.Legal was brand new last year, aiming to be a fresh and creative attempt to explore the problems that face the legal industry and begin to craft solutions.

In addition to being in New York in the same week, the two conferences share another characteristic: They are predominantly by, for and about the roughly 10 percent of the legal industry dominated by the world’s largest law firms and corporations.

As you might imagine, the LSC conference falls at the other end of the legal industry spectrum. Rather than big firms and big companies, its focus is on expanding access to justice by promoting technological innovations in the delivery of legal services to low income and pro se individuals.

In my column last year, I noted that Inspire.Legal’s promotional materials had vowed it would break out of the “innovation echo chamber.” Yet its panelists, moderators and participants  were a virtual “who’s who” of echo chamber regulars, and in particular the echo chamber that focuses on large firms and large corporations.

My column was interpreted by some as a criticism of Inspire.Legal. I did not mean it as such. I eagerly returned this year and even — as “master of ceremonies” Matt Homann, CEO of Filament, jokingly pointed out in his opening remarks — paid to register rather than seek a free media pass.

In fact, Inspire.Legal is a fantastic conference, one where there are virtually no panels or keynotes or roomfuls of exhibitors. It is a conference at which participants are pushed to put on their thinking caps, mostly in small groups and breakout sessions, to define the issues that inhibit innovation in law, and then begin to tackle solutions.

Rather, the point I’d sought to make last year was that there are many voices excluded from these conversations around innovation, voices that need to be at the table if meaningful innovation is ever to occur. I wrote:

If we truly want to solve the problems that face the legal system, the legal system as a whole, then we need to find ways to bring together all the stakeholders. That means Biglaw and small law, big business and small business, clients and those who cannot afford to become clients, those embroiled in the system and those excluded from it.

Yet as I sat at Inspire.Legal this week, I found myself internally rephrasing that echo chamber concept. In place of echo chamber, the word that came into my mind was “vanguard” — those who lead the way in bringing about new developments, new ways of doing things.

As I sat at Inspire.Legal, there was no question that the people there represent the vanguard in driving legal innovation. At the LSC conference last month, I felt the same way. These are the true believers, the people who see the need for and potential of innovation in law — and who are devoting themselves to making it happen.

Yes, one group is focused on the wealthiest sectors and the other on the poorest. But maybe that is the way it needs to be for now. The legal services industry is a behemoth made up of many different professionals and entities serving many different audiences, with a vast array of different problems and needs.

Do those who are pursuing innovation in law all need to be at the same table? Probably not. There can be, and probably should be, multiple vanguards, each pushing forward from wherever is their starting point. Inspire.Legal lived up to its name, inspiring creative thinking among a group of attendees who are already at the forefront of innovation. The LSC conference was the same, inspiring new approaches to serving the legal needs of the poor. Even in separate pockets, this is progress.

All of that said, I cannot help but believe that legal innovation would best be served by somehow bringing together these vanguards in a common forum. I have not said much in this column about Legalweek, but I wonder whether the Legalweek concept could be broadened in a way that serves this end.

The idea made sense, but the execution remains a work in progress. It is still a conference that, like Inspire.Legal, is dominated by big firms and big corporations. In the first year of Legalweek, the conference included a track for solo and small firms that, unfortunately, bombed — probably because, until then, no one equated the conference with the small firm market.

But if the organizers really want a “Legalweek,” then maybe it should become a conference that somehow bridges all sectors of the legal-innovation world — that is a legal week for everyone in legal.

Or maybe it is time for a new conference, one that brings together those in the vanguard of innovation across all sectors — legal aid, small law, Biglaw, self-represented, law schools, courts, and clients of all kinds. Maybe it should even include those from outside law — healthcare, social services, government — where legal problems intersect.

Pie in the sky, perhaps. Meanwhile, I applaud those in the vanguard — whichever vanguard they’re in. The legal industry is evolving for the better, and they are leading the way in making that happen. 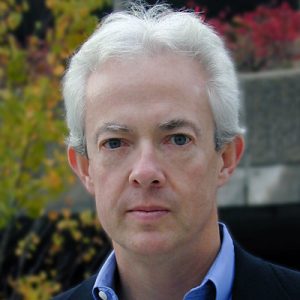 Robert Ambrogi is a Massachusetts lawyer and journalist who has been covering legal technology and the web for more than 20 years, primarily through his blog LawSites.com. Former editor-in-chief of several legal newspapers, he is a fellow of the College of Law Practice Management and an inaugural Fastcase 50 honoree. He can be reached by email at ambrogi@gmail.com, and you can follow him on Twitter (@BobAmbrogi).