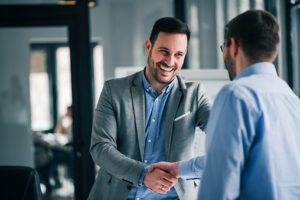 When Onit released the first chapter of its Enterprise Legal Reputation report (compiled by Provoke Insights), we got a stark reminder that companies may respect in-house lawyers… but that doesn’t mean they really trust them. For all the rhetoric about being on the same team, less than half of U.S. respondents thought of legal as a trusted business advisor — 73 percent of all respondents did not consider legal a “praiseworthy business partner” — and around two-thirds of enterprise employees around the world said they were likely to bypass legal on deals.

Chapter 2 of the ELR is now out and reveals legal departments only half-aware of these problems.

Overall, 91 percent of corporate legal respondents “believe they share exemplary interactions with their internal clients” and 73 percent “believe they have positive relationships with their internal clients.” In their defense, 60 percent of enterprise employees describe the relationship with corporate lawyers as good or very good while talking about doing deals behind their backs so it’s fair to see why lawyers might be missing a key piece of the puzzle.

But the report finds that corporate lawyers, when pressed, have some inkling as to why they might be bypassed even if they think this isn’t happening in their own backyards. 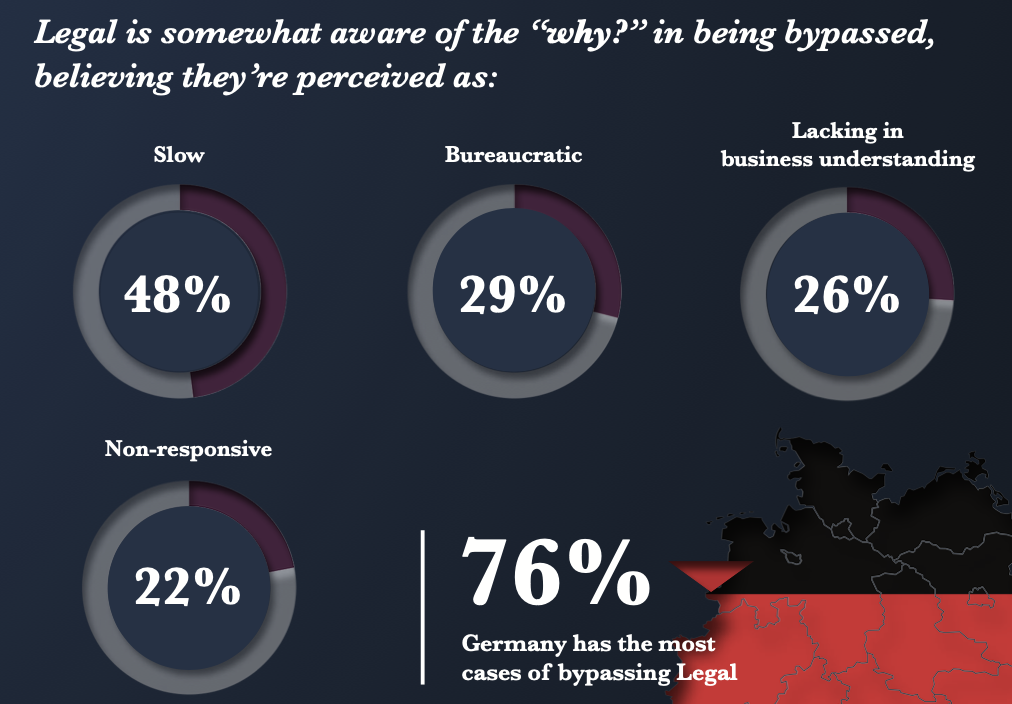 With the possible exception of “business understanding,” all of these problems spring from the same well — bad processes. Meanwhile, only 54 percent of legal professional respondents said their CLM is currently automated. Anyone notice a connection?

Unfortunately, only 29 percent want to automate workflows to eliminate manual tasks. The myth that human eyes provide a better first pass (or even second pass) is still out there no matter how many studies show AI making fewer mistakes pouring over jumbo contracts.

And when the legal department doesn’t invest in efficient review processes, then business does its own review process, with all the risks involved in turning over the company’s survival to monkeys of moderate intelligence who wear suits.

Because the business side isn’t doing an end run around the in-house lawyers when the company gets served with a lawsuit or when it’s trying to register a patent. It’s skipping over the legal department when it decides “what’s the harm in signing this vendor deal without bothering lawyers who just slow it down.”

Business is missing what legal can bring to the table. Which is wrapped up in how business perceives the legal department overall. Nobody blinks when the department says a megamerger is going to take some time, but if lawyers have a reputation for slowing everything down, no one is going to buy the pitch that comparatively mundane agreements should go through legal. This gets to the discrepancy between how everyone generally views the relationship favorably while also admitting to hiding the ball — they just don’t see certain deals as a necessary part of the relationship.

Becoming an ever-present partner instead of a visit for special occasions requires some internal brand repair. And that requires in-house lawyers to acknowledge that they’ve got a problem.

When 73 percent “believe they have positive relationships with their internal clients” that reads like complacency instead.