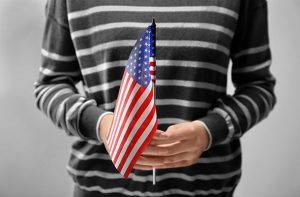 Remember when, two weeks and about a million years ago, the Department of Justice told the immigration courts to take down CDC handwashing posters, in direct violation of good public health practices? At the time, ATL editor Kathryn Rubino wrote “Whether it was nefarious or just a petty office politics squabble, it is not a good look.” Well, while you were busy dealing with the collapse of our society, the evidence has been increasingly pointing to “nefarious.”

Let’s start with the immigration courts, which somehow are not entirely closed. In fact, none of them were closed until March 18, three days after all the professionals who work in the courts (including ICE prosecutors) called for it, and one day after an immigration judge in Denver came down with suspected COVID-19. (More positive tests came from the Boston court March 19 and New York City’s Varick Street March 23.) As of March 25, the courts are still hearing cases of detained immigrants, but lawyers and judges are calling for a complete shutdown.

Why the sluggish response? It might be relevant that immigrants who don’t show up to their court hearings are automatically put into deportation, even if they’re medically required to stay home. In addition, the Miami Herald has discovered that the DOJ “and ultimately the White House” are deciding whether and when to close individual courts, a fact that carries a distinct odor of politics. We will assume without evidence that “the White House” means Trump advisor and noted fan of white supremacist literature Stephen Miller, who also came up with the family separation policy.

Meanwhile, tons of immigrant prisoners — excuse me, I mean “civil detainees who have not necessarily been convicted of any crime” — remain in ICE jails, waiting for COVID-19 to rip through their close quarters and substandard health facilities. Detention center employees in Elizabeth, New Jersey, and Conroe, Texas, have already tested positive for the virus, as has an ICE detainee at the Bergen County jail in New Jersey. At least four lawsuits have been filed demanding the release of high-risk immigrants in New Jersey, Washington, California, Pennsylvania, and Texas.

In response, DHS has not only failed to release anyone, but has required immigration attorneys who enter the facilities to bring their own protective surgical masks and gloves. Yes, even though medical professionals are already so desperate for masks that they’re asking volunteers to sew them some! Despite the widespread use of videoconferencing in the immigration courts, videoconferencing between detainees and their attorneys is not currently on the table. As a long list of advocacy groups pointed out in a March 23 letter to the immigration courts, this effectively denies immigrants their statutory right to meet with their attorneys.

That all of this puts native-born Americans — particularly the xenophobic older people who make up Trump’s voter base — at risk does not appear to have occurred to our leaders. Let’s hope it doesn’t take nursing homes full of dead grandparents to change their minds.

Lorelei Laird is a freelance writer specializing in the law, and the only person you know who still has an “I Believe Anita Hill” bumper sticker. Find her at wordofthelaird.com.