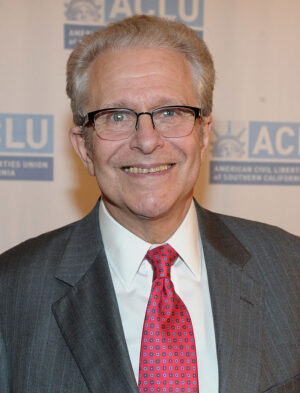 The House of Representatives voted to impeach President Donald Trump and now, we await his Senate trial to determine acquittal or removal.

But as Lee Corso might say: “not so fast my friend.” In the face of Senate Majority Leader Mitch McConnell’s unprecedented promise to achieve the President’s acquittal through bias and corruption, a building consensus is moving towards holding the Articles of Impeachment, refusing to formally “transmit” them to the Senate, until McConnell agrees to some basic form of a fair trial and the calling of witnesses.

Harvard Law Professor Laurence Tribe has tried to give this argument legal gravitas. In an op-ed in the Washington Post, he wrote:

Some have asked what would give the House power to take the step of impeaching the president but withhold pressing its articles of impeachment in the Senate. This question assumes that everything the House opts not to do, every option it chooses not to exercise, requires that it locate affirmative power for its inaction in some textual snippet in the Constitution.

I’d turn the question around: Where in the Constitution or in the history or theory of its interpretation is that principle located? In fact, it is entirely made up, found nowhere in our constitutional constellation. And it is out of place when considering how the House and Senate are to interact in cases of impeachment, particularly cases in which a president is being impeached for defying his oath and the Senate is threatening to defy its oath as well.

Look, I’m all about asking for forgiveness instead of permission. And I agree, intellectually, with the thrust of Tribe’s argument that the Constitution does not, and was not intended to, contemplate the entire universe of what is or isn’t legal in this country.

But, at core, I’m not wild about the legal arguments made in defense of this tactical strategy, because they’re not really legal arguments. It’s a raw political power play. By withholding the Articles of Impeachment, Democrats are saying “we can, and you can’t stop me.” It’s not unlike me taking the iPad away from my kid: I can, he can’t beat me up, if he wants it back he better eat two more chicken nuggets. It’s not a procedural argument, I’m just bigger.

The problem with these kind of power plays is that it’s fundamentally lawless. There’s no legal or Constitutional value advanced by through this parliamentary loophole. We just want McConnell to do something (his job) and we’re trying to force him to do it. I’d rather not drag the Constitution into the game.

Which isn’t to say that I’m unwilling to play. The last time I saw somebody use raw political power to subvert the normal functioning of government because the Constitution didn’t explicitly disallow it, Mitch McConnell was grinning over the corpse of Merrick Garland. Mitch McConnell can eat it and I’m willing to use any means, fair or unfair, to achieve even the most Pyrrhic victory over him.

I’m willing to go full Elliot Ness: “I have broken every law I have sworn to uphold, I have become what I beheld and I am content that I have done right!”

I just don’t want to pretend about what’s going on here. This is not society. We’re in the state of nature now.