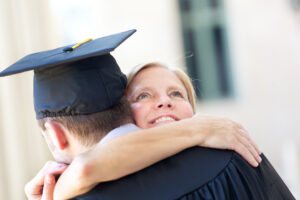 And now it’s time for the annual “Should I Go To Law School?” column.

Unfortunately, not much has changed other than the price of law school. Law school tuition continues to rise beyond the pace of inflation. Most law schools cost approximately $70,000 per year to attend. And schools located in urban areas with high cost of living will cost $90,000 per year or more. There are some reasonably priced law schools, but they are located in remote parts of the country. I believe that most of those who attend this fall are going to graduate with an average debt load of $300,000. And a few hiding in the shadows will owe $400,000, or even more. But those people are not going to respond to questionnaires and surveys.

Also, while post-graduate employment rates have generally improved, there are still many law schools where a significant number of graduates cannot find a job. And for those who find a job, their current and projected future salaries will make it impossible for them to pay off their student loans and maintain even a minimal standard of living. And this is in a good economy.

If they are unfortunate enough to graduate during a recession, they will be the next lost generation who will have a harder time not just finding a job but financially overall.

So if you are going to go, take precautionary steps between now and August to hopefully minimize your financial burden when you graduate.

Maybe you want to be a lawyer because you worked as an undergraduate intern at a law firm and what you saw really interested you. Most likely you were doing the traditional intern work while you get to observe the firm and the staff. If you are very lucky, you might have drafted some paperwork that helped the attorneys win a case. While I commend you for getting some law practice experience, you probably only got a small taste of what a law firm actually does. You probably did not get the most difficult and sensitive work. Your boss may have shielded you from the bad clients or from the cases that are likely losers because she either didn’t want to demoralize you or give you the impression that the firm loses sometimes. Your work experience should be supplemented with opinions from practicing attorneys, preferably someone who will give detailed, honest ones. You should get input from successful attorney and those who left the law. If you are going to be paying $300,000 in student loans, you owe it to yourself to get all sides of the story first.

Some people really want to be a lawyer because that’s what they claim they are passionate about. Passion is good as it will help you go that extra mile or bill those extra hours. But that passion must be there constantly, especially during the tedious and frustrating times. When people learned about the untimely death of Kobe Bryant, one of the things they remembered about him was his superior work ethic or the mamba mentality. He would wake up early to work out. He was the last to leave practice. He would even play through injuries. Why did he do it? Because he loved the game so much that he even enjoyed the monotony of practice sessions and the pain of working longer than anyone else.

Do you think you have the same level of passion for practicing law? Do you enjoy reading case law written in boring prose? Can you find pleasure in trying to distinguish a case that is unfavorable to your client? Can you deal with the fact that you will not win all of your cases? And if you run your own practice, can you regularly network with people knowing that most will likely never refer you a case or even see again? Or write an article that potentially no one will read or care about? I’ve been practicing for many years, and I’ve seen people leave legal practice completely because their passion was elsewhere, maybe from the beginning.

I think it’s common knowledge that law school is expensive, and while the education might be intrinsically insightful, it can be financially ruinous if you go for the wrong reasons. So if want to go to law school, make sure that you really want to practice law. This means knowing the pros and cons of law practice and figuring out that’s where your passion really lies.