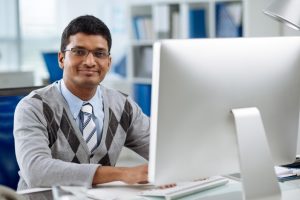 I’m always looking at new technology because, well, that’s part of what I do. Whether it’s for myself, someone else, or for the benefit of the legal community, when I see new technology that catches my attention, I like to share it because I think it’s part of the responsibility that comes with having a platform to communicate to the legal operations community.

So, last week I spent some time talking with Ian Campbell, president and CEO of iCONECT. I’ve mentioned the iCONECT platform here before in a different context. But now, fresh off a cash infusion, Campbell’s team has ramped up development. They recently released version 10 and at a time when software and service providers are moving to the cloud, iCONECT has chosen to let the customer decide where to implement their platform. iCONECT v10 is available both in the cloud through a network of vendors or behind the firewall for in-house deployment.

I’ve used the iCONECT platform in the past. I even tried to get certified in it. Campbell showed me the platform himself, touting that beyond the faster HTML5 interface are new optimizations and enhancements below the waterline too. I thought it may be useful to review some of the new features.

First is iCONECT’s new drag-and-drop ingestion/processing, called Self Serve. It enables users to import native files by simply dropping the files or pasting a link into the platform, and the embedded processing engine goes to work converting them, extracting the metadata and text. Self Serve also works really well with incoming productions from LAW, Ipro, and Relativity.

Next, and really useful for those with documents sets containing lots of personally identifiable information (PII), is a module iCONECT is calling COVER. This is a game changer, in my view. COVER allows for the mass-redaction of PII on a scale I haven’t seen yet. What’s cool is that users can set up templates for different jurisdictions of PII, allowing license, social security, or phone numbers from multiple countries to be “covered.” The module is powered by Ayfie’s entity identification engine, and it’s possible to identify PII on ingestion. You can tag and folder the documents to keep them organized, and prior to production users can redact all that PII in one fell swoop. It also works with word lists, allowing, for example, a pharma company to mass-redact proprietary chemical combinations in documents. Very cool!

Also new to the iCONECT platform is Oversight, a Sentio-powered automated quality-control feature used during manual document review. In much the same way that banks and credit card companies are able to identify unusual purchase activity that might trigger a fraud alert, iCONECT’s Oversight tracks how document reviewers code documents, and it quickly and automatically identifies anomalies in coding that appear to be inconsistent based on previous coding activity and sets them aside for further review. It’s a great way to have “oversight” into review quality.

Version 10 also introduces continuous active learning (CAL) in the iCONECT platform. Here, users index the text of documents, run some keywords or feed some example documents, and the platform starts feeding the most relevant documents to review with subsecond response time.

Beyond iCONECT’s unique ability to manage video and audio files without third-party tools or plug-ins is their cool new table and thumbnail feature in the document list which enables users to click on a thumbnail rendering of a file to enlarge it. A great way to quickly find that document “with the blue diagram on it.” A huge timesaver.

Their ‘SelfServe’ ingestion/processing component is just one of the template-driven optimizations for project managers. Tag panels, field structures, security profiles, and productions can all be created, then saved as a template allowing for granular and complex workflows to be saved as nothing more than a one-click template for non-PM users.

iCONECT has always been a company that not only meets market need, they have a way of looking over the horizon helping law firms, vendors, and corporations make pragmatic decisions on both their technology direction and on what software review platform they should partner with for the longer term.

Hats off to Ian and the iCONECT development team for again introducing an iCONECT version that sets a new bar. 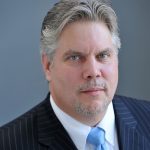 Mike Quartararo is the President of the Association of Certified E-Discovery Specialists (ACEDS), a professional member association providing training and certification in e-discovery. He is also the author of the 2016 book Project Management in Electronic Discovery and a consultant providing e-discovery, project management and legal technology advisory and training services to law firms and Fortune 500 corporations across the globe. You can reach him via email at mquartararo@aceds.org. Follow him on Twitter @mikequartararo.