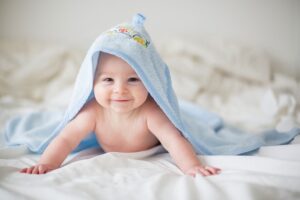 From donor-conceived persons finding out that their mothers’ doctor is their biological father to a sperm bank threatening a client with legal action for using 23andMe and stumbling upon the sperm donor’s mother, I thought I had written about it all. But the latest sperm donation-related lawsuit, filed December 2019 in the United States District Court, Central District of California, is a new level of unexpectedness.

According to the complaint, Plaintiff Bryce Branzell considered becoming a sperm donor in 2008. He provided a sperm sample that was to be used for testing to determine if he would qualify to be a donor. However, immediately after providing his sample, and before even leaving the premises of the sperm bank, he changed his mind. He decided he was not comfortable having children biologically related to him out in the world that he would not know. He let the sperm bank know about his change of heart and was informed that they would not even run testing on his sample, but would destroy it. Simple enough.

Around that same time, a woman named in the complaint as “C.C.” purchased sperm from the same sperm bank Branzell had visited. C.C. looked through profiles and carefully selected a donor, prioritizing that the donor must have agreed to be “open,” meaning that the donor agreed to be identified to any resulting offspring upon turning 18 years of age. C.C. failed to conceive with her first selected donor, but selected a second and became pregnant. Yay!

Donor Siblings = Diblings. In the meantime, the sperm bank gave access to their clients, including C.C., to a website that allowed clients to connect with others that had used the same donor. C.C. connected with another woman, L.M., who conceived with the same donor. C.C. gave birth in July 2009 and L.M. gave birth the following month. The two became fast friends. And, as the complaint explains, “the mothers informed both children that they were conceived with the same donor’s genes, and that the children were half-siblings as a result. This familial relationship was important to both mothers, and to their children.” Diblings! (A now-common term for donor-related siblings.)

Enter The DNA Test. Of course, like so many of these case, surprising facts came to light after the mothers decided to use home DNA kits to learn more about their sons’ ancestry. It turns out, their sons were not, after all, related to each other. L.M.’s son was, as expected, related to the open-ID donor selected by both women. C.C.’s child, however, was not. Instead, her son (T.C.) was genetically related to Branzell — remember him, the gentleman at the beginning of the article who was told his one sample for testing would be destroyed?

C.C. discovered the nongenetic relationship to L.M.’s child right away, the rest of the pieces took a bit of luck. Through the coincidence of Branzell’s half-sister taking a DNA test with the same company, Ancestry.com — and seeing C.C.’s child show up on the platform, the connection was discovered. Branzell, in the meantime, was married with young kids, and was definitely not expecting a DNA test to show that there was a child out there related to him, that he did not know. You know, specifically, what he had feared and why he had changed his mind about being a donor.

Apparently, somehow, instead of destroying Branzell’s sample as the sperm bank said they would, they instead gave it (or at least a part of it?) to C.C. in place of the sample of the donor she had carefully chosen. The complaint astutely notes, “It is hard to imagine the sequence of events required to make an error like this.”

Branzell has brought suit against the sperm bank. Of course, most assisted reproductive technology-related cases have been like trying to fit a round peg in a square hole. Without specific law, courts have struggled with the various causes of action not fitting well and have especially had difficulties determining damages. How does a court value the harm done in this scenario?

The Causes Of Action. Which did they choose here? At the time of the amended complaint on February 28, 2020, Branzell had brought claims based on the following eleven causes of action:

I had a chance to speak with one of plaintiff’s counsel about the case. Interestingly, Marcus Spagnoletti of the Spagnoletti Law Firm did not express any ill-will toward the “industry.” Instead, he took the time to stop smoking a cigarette in his headshot to express a deep appreciation for assisted reproductive technology and, specifically, sperm banks. As a father himself, he believes that sperm banks provide a valuable service, allowing hopeful parents-to-be to have the opportunity to experience parenthood.

However, Spagnoletti explained that his client, a former Marine with a wife and young kids, felt a duty to bring this suit in order to protect others from having this happen to them. Spagnoletti sees his role as fourth or fifth down the line of protections to stop something like this from happening. There should have been something else — protocols, regulation, etc., that prevented this. Since those failed, he believes it is necessary to bring a lawsuit to find justice for his client and stop others from being placed in this emotionally wrought position.

Given the struggles courts have had in this area — but also the clear need for accountability for industry players and justice for those harmed — we will be following this case with interest.