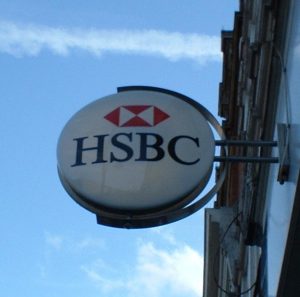 The U.K. has yet to impose the more draconian restrictions to slow the spread of coronavirus seen elsewhere, but HSBC is acting as though it’s already subject to a shelter-in-place order. And since Noel Quinn has been acting CEO for almost as long as John Flint was actual CEO, and given the circumstances—the fact that no one else wants the job, not the pandemic, and the fact that Quinn already has the blood of 35,000 people on his hands—HSBC figures it might as well make things official.

HSBC Holdings PLC appointed Noel Quinn as its permanent chief executive, seven months after he assumed the leadership position on an interim basis…. He was the only internal candidate, and other bankers considered for the role included UniCredit SpA boss Jean Pierre Mustier, who withdrew from talks about the position in late February.