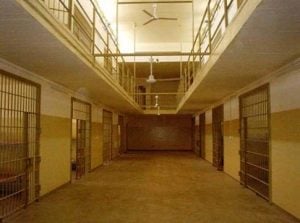 Harvey Weinstein is set to be sentenced this Wednesday following his conviction for Rape in the Third Degree and Criminal Sexual Act (unconsented oral sex.)

For a guy like Weinstein, who spent the entirety of his case under house arrest and rarely passed a moment of his adult life in a place he didn’t want to be, this will be a huge change.

Many people facing prison hear the down-low of what prison’s like from relatives, friends, and neighbors. Although they’re still nervous about it, at least they have some real sense of what to expect and how to survive. Some people even get “props” for being “in.” It ups their public image, helps sell their music, reputation, or brand. Not so for Harvey Weinstein. I’m guessing he’s scared to death. He’s probably seen a lot of movies (and maybe even produced some) about what happens in jail to guys accused of sex crimes, especially ones with money.

Weinstein’s facing a minimum state sentence of five years, but it could run as high as 25. He’ll be given a fixed number of years on each crime that will likely run consecutively, one after the other, since they involved separate incidents and separate complainants. Plus, Judge Burke is not a light sentencer, and the eyes of the world are upon him.

To get a better sense of how best to face this uncertain future, Weinstein added prison consultant Craig Rothfeld, a former Wall Street exec found guilty of securities fraud who spent time in an upstate prison, to his already robust defense team. Rothfeld cleverly parlayed his experience into a consulting biz advising future inmates and their families how best to tackle the many issues that arise when locked up 24/7 with a lot of dangerous guys who hate your guts or want your money.

This is not a new business. Books like “Surviving and Thriving in Prison” (about federal prison time) have been written and, judged by the customer reviews, appreciated by the relevant audience. But state prison’s a hybrid, especially in New York, where there are over 52 correctional facilities. Each one has its own quirks, feel, bosses, wardens, and subset of inmates. It’s hard to write a template about the whole system.

Certain basics, however, are universal. The first is a complete loss of control and power. Then there’s the dehumanization. The inmate becomes a number, a “body” which must be housed, fed, cleaned, and counted. Finally, there’s unending boredom tinged with paranoia. Every day is the same — wake at the same time, move at the same time, and maybe get library or religious privileges on occasion. The lucky ones are awarded basic jobs like cleaning the floors, doing the laundry, or working in the kitchen. Controls are enforced on who inmates call, write, and have as visitors. Mix this with the fear that an attack could come at any moment from other inmates and even a few years in prison can seem like an eternity.

Solitary confinement keeps inmates from the fray of “general population,” but it brings a greater burden of boredom, isolation, activity restriction, and loss of privacy (guards check in more often).

Being well known brings its own burdens. If other detainees know you’re rich, they’ll expect more from you. Although Bill Cosby turned his fame to his favor. I’ve read he’s been using his jail time to mentor young inmates and to get in better shape. He reportedly entered prison at 220 pounds and has peeled down to a healthier 189.

But Cosby had a much different standing in the outside world than Weinstein. He was widely known, was popular, and was (and probably still is) funny.

None of those things are true for Weinstein.

Prison consultant Rothfeld will coach Weinstein on how to not argue about the television remote with the big guy from down the hall, how it’s not a good idea to gamble, and what to expect in the first 90 days.

But really, it’s a go-it-alone process. And there’s no telling what experiences an inmate might confront within those confines.

Weinstein’s appeal motion, even if successful, will take years to perfect, and he’ll spend those years inside. In part how he does is up to him. In part it will depend upon the vagaries of a regimented system filled with randomness — who the guy in the next cell is, who the warden is, who wants a piece of him the most.

The man who controlled a chunk of the money in Hollywood will be lucky to control any aspect of his own fate.