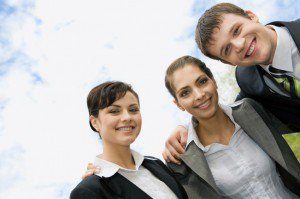 There were certain things that were supposed to happen as the Spring 2020 law school semester drew to a close. 3Ls across the country were to be celebrating with friends and family the life-changing achievement of earning a J.D. 2Ls and 1Ls were to be preparing for their summer jobs, many of which would be Biglaw summer associate positions. And I was to watch the Kansas Jayhawks romp their way through the NCAA Tournament en route to the program’s third national title in my lifetime. COVID-19 changed all of that.  Most tragically, so far 185,000 people have been killed by the disease, including nearly 48,000 Americans. But the impact has also had a ripple effect on law schools. Graduating 3Ls are celebrating by themselves or with family through social distancing methods such as Zoom — it has taken over the rest of the law school life, so why not graduation as well.  Summer associate programs have been significantly altered, with a sizable number cutting their length, and a growing number going completely remote. And while least significant in the grand scheme of things, I was prevented from watching Devon Dotson and Marcus Garrett throw lobs to Udoka Azubuike all the way to Atlanta.

I have previously written in this space that I think being a summer associate is the best job that anyone can have in the legal industry, but inherent in that contention was the seemingly straightforward concept that as a summer associate you would actually be working in the offices of the firm in question.  2020 has presented society with a host of novel questions, including: “is there a limit on the amount of Netflix a person can consume in one day?” and “what percentage of the population are willing to gamble on mass death in an effort to restart the economy?” — the answers being, respectively, “I don’t know because I have four kids home from daycare” and “a surprisingly large number.” To that pile we can add one specifically focused on legal employment, “is being a summer associate still a great job if you are working remotely?” Having thought about it a decent amount, I believe the answer is yes, provided you take some additional steps.

Whenever I think, or talk with students, about summer associate programs, I typically divide them into two parts: professional and social. While not necessarily equally weighted — though I would contend the weighing is closer to even than some might think — both are important to a successful summer experience. Of these two, the professional portion of the experience is probably the one that is easier to replicate in a remote setting.

Technological advances have allowed students to conduct legal research as thoroughly from the comfort of a couch as they can from the bowels of the law library. Those same innovations allow summer associates to work on projects from their parents’ dining room table just as they would from a glass-walled office with a scenic view. Conducting legal research, drafting memoranda, composing legal briefs, and even reviewing prospectuses (I imagine), really only requires a laptop and a strong WiFi connection. In fact, as any former junior litigator (myself included) from the past couple of decades can attest, certain tasks, such as document review, are more tolerable and more efficiently completed at home than at work. With most firms using a web-based system for tracking summer assignments, a summer associate’s workflow should be uninterrupted, regardless of location.

This is not to say that, from a professional standpoint, a remote summer will be identical to the in-person variety. Some things, such as walking into a partner’s or associate’s office to get an assignment or have your questions answered, obviously cannot happen if you and the attorney in question are separated by thousands of miles rather than hundreds of steps. But, even here, some ways can make the remote experience similar, if not superior, to the in-person standard. A good rule of thumb to learn early in a summer is to never enter another office without a legal pad in hand. Failure to take notes when you get an assignment could have you coming back to the attorney with some embarrassingly obvious questions, or have you miss critical portions of the assignment. Remote summer programs will likely have something similar in the form of video conferencing or other ways of directly connecting with attorneys in a more personal manner than just an email or phone call. This might seem more simulacrum than sufficient substitute at first, but there is a potentially hidden benefit. You are still able to take notes on a Zoom call just as if you were sitting in a social distancing inappropriate manner, but even the best note takers can sometimes miss an important point and jot down something incorrectly. One of the benefits of modern technology is that a program such as Zoom lets you record an entire conversation, if you so choose. Now, rather than having to rely on imperfect notes, you can have the actual conversation at your fingertips to review at your leisure. An important caveat, if you go down this recording route, make sure you have the permission of everyone who is going to be on the video conference. Whether you live in a jurisdiction that allows one-party consent for recording is irrelevant since your summer goal is to land a post-graduation offer, not merely avoid prison. No one wants to be the next Linda Tripp.

So if the professional portion of the summer associate program can seemingly be done with some aplomb remotely, what about the social provision? Some scoff when I talk about the social nature of summer programs. But remember that the goal of a summer associate program is to evaluate how a law student will fit in at the firm. A good portion of that fit is based on whether that student can do the legal work required of the position, but a significant portion is based on social or cultural fit. If the social element was completely unimportant, it is unlikely Biglaw firms would have a dedicated summer event budget that stretches to six or even seven figures. Why is the social aspect so important? The students you spend your summer with are, if all goes according to plan, the same people who will join you as first-year associates at the firm. You all will rise up through the ranks together and if everyone stays at the firm for several decades (unlikely) you will all be partners together, and thus intertwined both professionally and financially for the bulk of your adult lives. But more likely than not, people will start to leave the firm as time goes on. The strong bond between a summer class is important in this scenario as well. Say, for example, an attorney leaves and goes in-house somewhere. When that new employer needs to hire outside counsel, an ongoing relationship between former summer associates can ensure the firm where everyone started out is brought on as outside counsel. Law firms like to funnel departing associates into positions with existing, or prospective, clients for a reason. Business reasons aside, the depth of the summer experience means the friendships you make over the relatively short time of just a couple of months can last a lifetime. My family’s holiday card mailing list has more former Sidley summer associates than it does friends from high school, college, and even law school.

So how can these bonds be developed if everyone is scattered across the country? It will take a bit of work, but I think it can be done. Try to set up some face-to-face interactions about something other than case assignments. Students and faculty at Vanderbilt have utilized Zoom Happy Hours to try to bond in our isolated times. Something similar among summer associates can greatly improve camaraderie. Set up a Slack channel, group text thread, or whatever shared-media platform the kids are into today so that everyone can talk to each other — this serves as an alternative to whatever firm sponsored platform (e.g., Microsoft Teams) has been set up, as those channels should be limited to work conversations. Been making your way through various cookbooks during quarantine? Set up a recipe exchange with your fellow summers and if your culinary forte happens to be baking, think about sharing your wares via the U.S. Mail — cookies are easier to ship than Alison Roman’s Baked Ziti.  Just make sure your cooking skills are not Sen. Mark Warner-esque, and thus lead you to instant meme fame. A similar set up can be developed for a litany of hobbies from reading books, knitting, or even woodworking.

This summer class bonding does not merely have to be limited to activities outside of the office. Summer associates helping each other out with various assignments has long been a hallmark of any summer class. Much like remote summers are not going to be able to walk into a partner’s office, there will not be a chance to run into a fellow summer and get some advice on a tough admiralty question. But that does not mean remote summers are completely on their own. Use the technology available to loop in fellow summers on all sorts of work questions. Set up a lunchtime chat where you can share a meal and thoughts about various legal questions that have arisen over the course of the morning.

Obviously the summer of 2020 is going to be a strange one for pretty much everyone on Earth. While a significant change has befallen Biglaw summer associate programs, this does not mean the entire experience if for naught.  In fact, if you take certain steps, the experience can still bear close resemblance to the greatest job in the legal profession. As for me, I will be spending the summer watching the 2008 national championship game on a loop and wondering what could have been.

Nicholas Alexiou is the Director of LL.M. and Alumni Advising as well as the Associate Director of Career Services at Vanderbilt University Law School. He will, hopefully, respond to your emails at abovethelawcso@gmail.com.