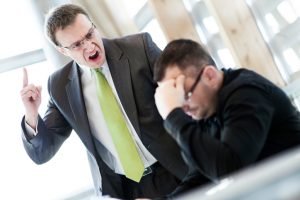 A very long time ago, I had an issue with a client. He claimed to have brought some paperwork to my office the day before. But my spidey sense suspected that he wasn’t being truthful. That was confirmed when my officemates told me that no one came to drop off paperwork that day.

As I am 95% certain he lied, I subtly tried to call him out on it on a later phone call. Unfortunately, this resulted in a heated argument. He continued to claim that he did what he said he did. But a short time later, he deflected by saying “I am the client.” At that point, I tried to end the argument as soon as possible because I realized that he had a point. Even if I won the argument and got him to admit his lie, it could do more damage in the long run.

As lawyers, we occasionally run into people who have trouble being truthful. Sometimes, you find a way to deal with their alternative facts. For others, their constant web of deceit makes it impossible for you to do your job.

Why do clients lie? A lot of reasons, depending on the situation. Sometimes, they do it to gain more sympathy or make their case sound more favorable than it really is. Or they do it to trick you into lowering your fee. Or they don’t want you to get angry at them. For some people, lying is so integral to their manipulative personalities that they don’t even know they are doing it.

Obviously, working with a lying client will make your work more difficult. You have to verify everything the client says, which can take up time. And you will view your client with a degree of skepticism.

You might be tempted to call out you client on the lie, hoping that he will stop doing it moving forward. But you can end up having a very awkward, distrustful relationship or lose the client altogether.

You may have heard that “the customer is always right.” Most businesses know that following it literally is an exercise in futility, particularly in this line of work. But I think it just means that you should endeavor to give the client exceptional service and give the benefit of the doubt whenever possible.

Even if you catch the client lying, confrontation requires some discretion. If you react too callously, the client may fear you and might not feel comfortable disclosing information. Also, people in general don’t want to lose face. This is truer in some cultures than others. Clients may end up being difficult and hostile and, in some cases, you may end up losing the client.

Here are a few things I try to do to ensure that the client is truthful with me.

The first thing is to convince the client of the importance of telling the truth. This should be done as soon as they sign the attorney-client contract. How to do this might depend on the client’s personality. Some clients should be told straight out that they need to be upfront with you about everything. For others, you need to assure them that you take the attorney-client privilege seriously. For clients who are sensitive about money, you may want to tell them a story about how a lie forced you to spend additional hours cleaning up the mess and how the client was billed accordingly. The best way to deal with a lying client is to give them every incentive not to.

But let’s suppose you caught them lying. How do you deal with it? It depends on the importance of the lie. Take the example I gave with my client. Looking back, I regret arguing with him as the issue of dropping off documents was not that important in the big picture, and it did not negatively affect my day’s duties. I probably should have talked to him about alternative means of dropping off paperwork.

But what if the client’s lie is serious? In that case, at a minimum, I have to let him know the damage that his lie has caused to his case. He may have prolonged his case, lost credibility (possibly irreparably) with the judge or jury, or could have committed perjury.

Also, I take precautions to ensure this does not happen again, if possible. In my example, I told the client to email me documents from now on. It would be beneficial for him since he could do it at the comfort of his home and not have to drop by my office. You may need to ask clients for documentation to verify their claims. Or meeting face to face more often if that forces the client to be honest. And you may have to make ultimatums that a future lie can be a dealbreaker.

Unfortunately, in this profession, we sometimes run into people who lie for a number of reasons. Simply telling them not to lie might not fix their behavior. I find that it is generally best to establish a relationship where the client feels comfortable telling you the cold, hard truth. But for others, you have to put the fear of God (or prison) in them. And for minor things, it might be best to just let it go. I could say that I’ve got all of this figured out. But then I’d be lying.