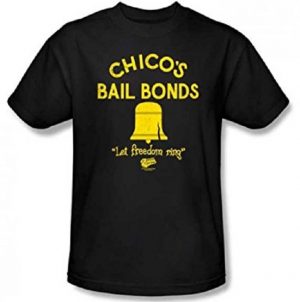 I had my first post-Covid-19 virtual court date last week. I was requesting bond for a client, not yet tried but accused of attempted murder and gun trafficking. Admittedly, the charges are very serious, but my client actually has a defense and would like to go to trial. Who knows when that’s likely to happen.

He’d allegedly fired a gun toward a man who’d threatened him and was also carrying a weapon. Both exchanged gun shots across a residential street in New York City. Thankfully, no one was hurt. My client has been in jail since August 2018. He has been remanded. That means no amount of bail could get him out. I scheduled a virtual hearing so a judge might consider setting some bail, even high, just so my client, Jose, wouldn’t be subjected to the coronavirus Petri dish that Rikers (and other prisons) have become.

He has strong family ties, had never missed a court or parole date on a prior case he had, and according to letters from his family is a good dad to his five children and a hard worker. Even police on his arrest praised him as being “an upright guy,” good on his word, not trying to create problems. They wished there were more like him.

We Skyped the bail hearing. We were each in our respective homes –- judge, court reporter, and prosecutor. Only the court clerk was in a recognizable place, inside the court room.

My client and his family were hoping some bail would be set. They could afford as much as a $50,000 bond. It was important this happen now because my client also suffers several conditions that would make contracting COVID-19 potentially lethal for him.

He’s had asthma since a child, is using two different medications, has been hospitalized for TB, and suffers anxiety attacks that make breathing difficult in anxiety-prone situations even when he’s not in the midst an asthma attack.

He reported that conditions inside Rikers are deteriorating rapidly. An inmate last week was so distraught he pulled out his own eye — twice (the second time after it had been replaced). Inmates have been rioting and guards have been spraying them with “chemical agents” (my client’s medical records show) to subdue disturbances. This, of course, provokes everyone sprayed to have respiratory problems, coughing, sneezing, and runny eyes, but hits prisoners with asthma particularly hard.

I laid out my arguments to the judge telling her my client had a secure place to live and that his family could make substantial bail — more than enough to ensure he’d return for his case.

The judge denied my application. Apparently, according to her, everyone in the world is feeling “anxiety” and being at Rikers shouldn’t make my client more anxious than anyone else. The prosecutor argued that intermittent asthma that’s listed as “under control” in my client’s chart, doesn’t count as a pre-existing condition that could exacerbate any danger he faces from COVID-19.

Part of me wanted to say, and if Jose was your son, would you feel the same?  But I didn’t. The judge already felt sufficiently well informed about how Rikers was doing a competent job keeping inmates safe. Hmmm.

Last week’s story about an inmate in Florida who was released due to COVID-19 didn’t help. Apparently, upon gaining his freedom, he allegedly shot and killed someone and was promptly rearrested. But this appears to be the exception not the rule. According to reports, most people being released from jail due to the COVID-19 outbreak are staying quarantined and out of trouble. I’d like to see a story (which I’m sure are out there) about prisoners not granted bail who contracted COVID-19 in jail and got seriously ill or even died.

My client cannot make bail because none was set. However, there are ways to help people who can’t afford bail and for whom even $500 is too high an amount. Last week a woman charged with a misdemeanor and being held at Rikers died due to complications of epilepsy. Her bail was only $500.

In an editorial last week in the New York Times, Neil Barsky, chairman and founder of the Marshall Project, listed a few national foundations set up to help people bail out of jail. Among them: the Bail Project and the National Bail Fund Network.  A client told me about the Black Alliance for Just Immigration, which had helped my client’s friend get out. I called them and am waiting to hear back.

All these organizations take contributions.

According to the most recent data (dated April 19) from the Legal Aid Society’s tracking of Rikers inmates: 9.11% has tested positive for COVID-19 (and they haven’t tested everyone.) That compares to 1.59% in the population of New York City and 0.23% in the country in general.

Based on my experience, judges aren’t sticking their necks out to release pretrial prisoners, and prosecutors are adhering to their old rubric -– jailed inmates should be kept there, no matter the danger.

The only people who can make a difference are individuals who contribute money to bail foundations. If the presumption of innocence means anything, it’s got to mean an inmate can make it to trial without getting seriously ill or even dying due to a virus that prisons are ill-equipped to manage.